On Friday, my friend, Cathy, and I made a day trip to Old Fort Niagara – located in Youngstown, NY on the bank of the Niagara River where it meets Lake Ontario. The fort was originally built by the French in 1726 to protect the interests of New France (Canada) in North America. It served various troops during the French and Indian Ware, the Revolutionary War, War of 1812, and the Civil War, as well as various other uses and historic events between wars. It was known as the “Portal to the West”, “Gateway of the Five Nations”, and “Guardhouse of the Great Lakes”. Some of the oldest buildings still in use anywhere along the Great Lakes are located in Fort Niagara.

This weekend, there was a French and Indian War Encampment and Friday was the first day of the three day event. We saw a re-enactment, a military music demonstration, a French Castle, a lighthouse, and various participants in period dress doing the things that would be common place in the days of that war inside the fort.

The particular reenactment we witnessed recreates the historic siege of 1759 when British and New York troops, along with Native American allies, captured Fort Niagara from the French after a 19 day siege. Part of the reenactment includes three major battles over the three days (we saw only one of them) and British Captain Walter Rutherford being escorted into the Fort by French troops – he is there to demand the French – under the leadership of Captain Pierre Pouchot – surrender. I wasn’t clear why he was blindfolded and escorted into the Fort to make his demands, but that is what occurred.

Here are some links that may be of interest to you:

The History of Fort Niagara

And….of course, I took photos! I only had my iPhone and the sun made it difficult to see what I was getting in the shots, but they came out pretty good…..considering! 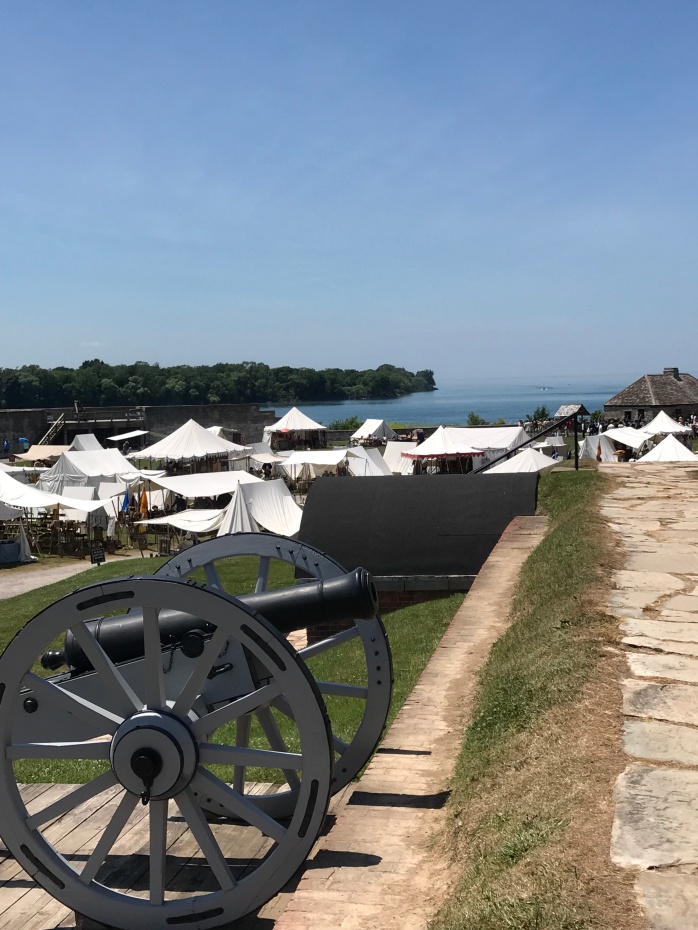 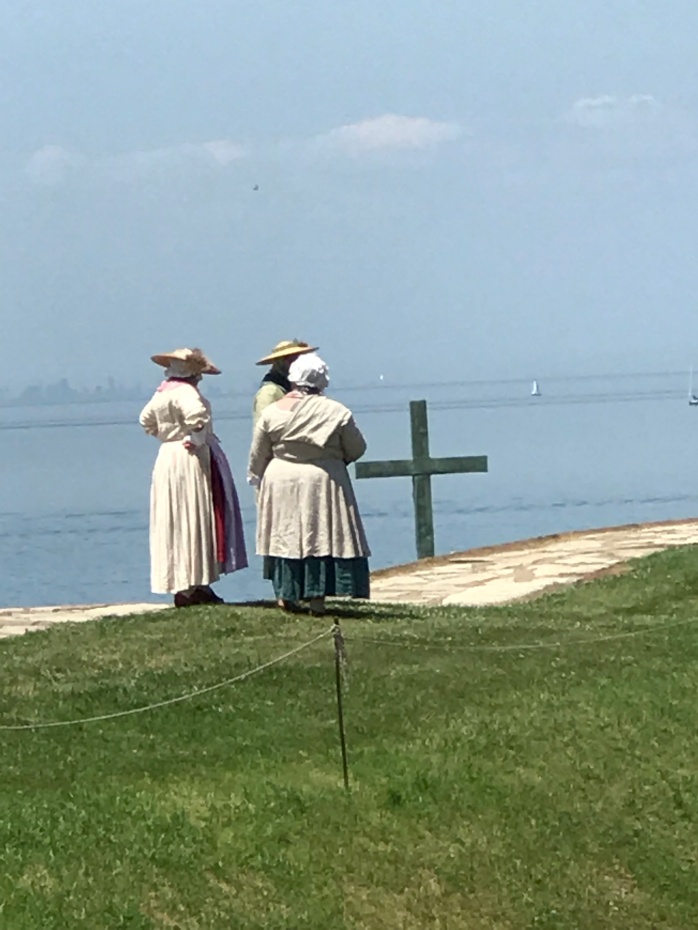 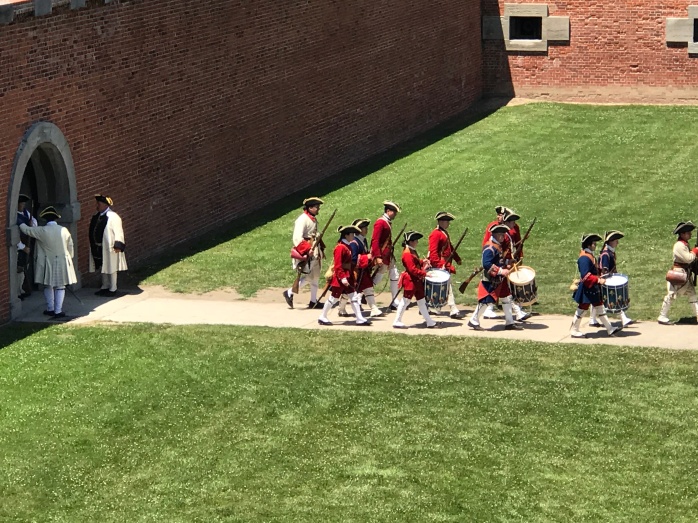 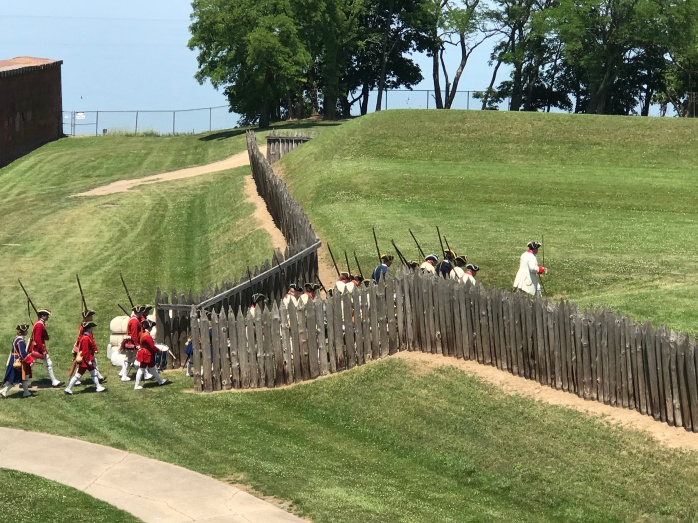 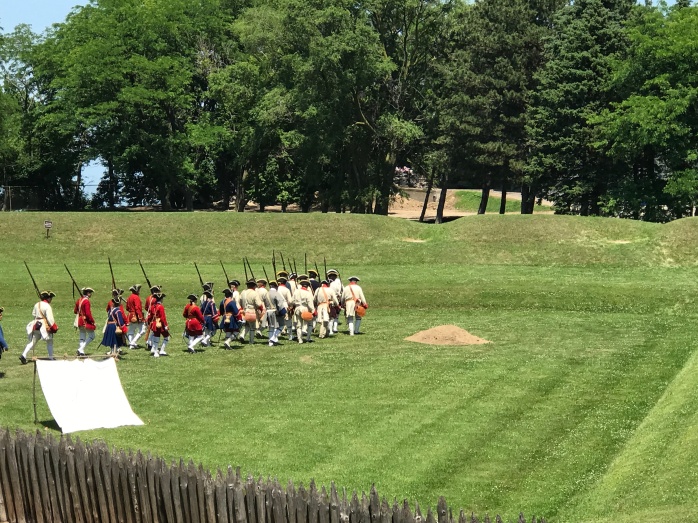 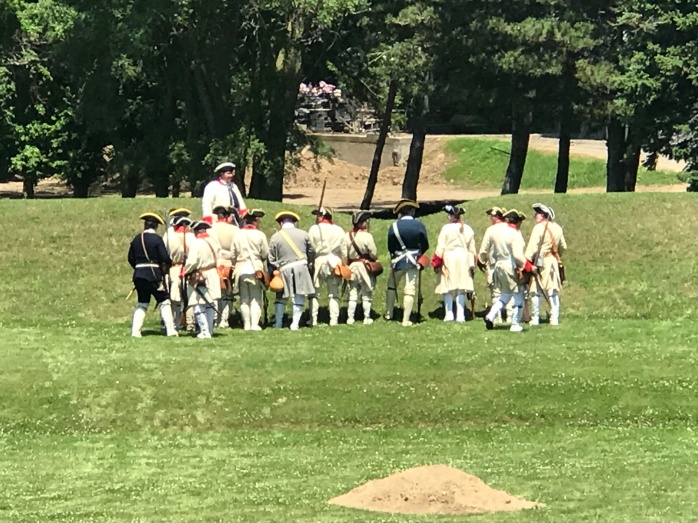 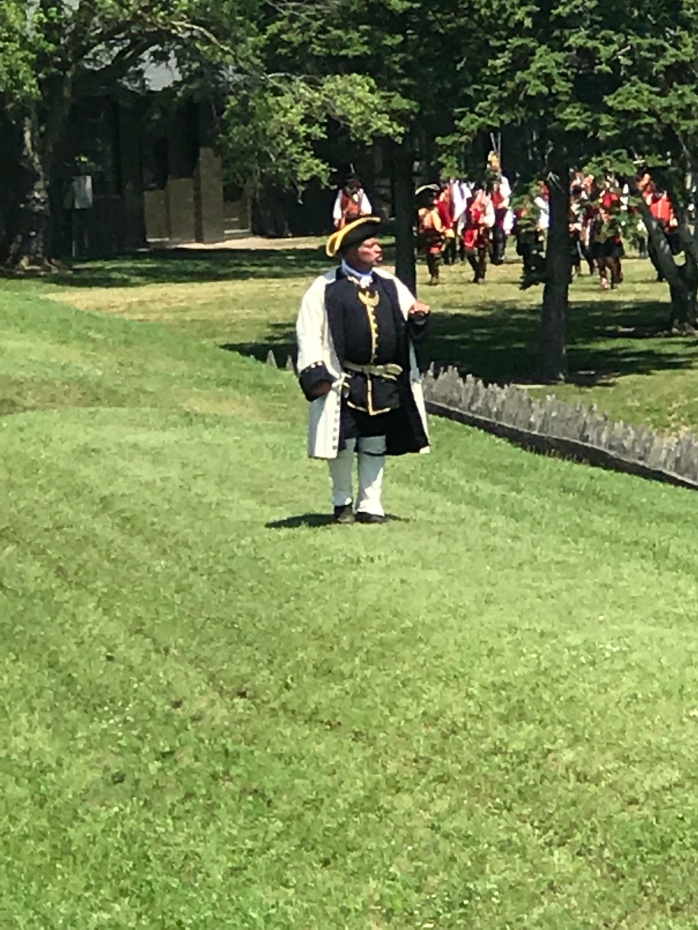 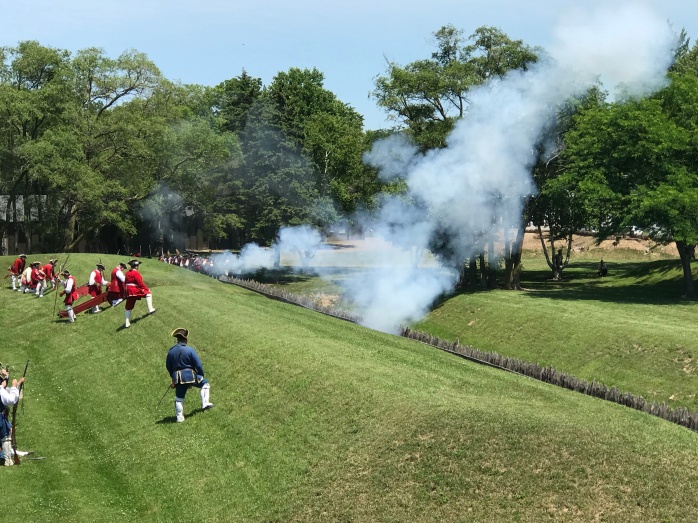 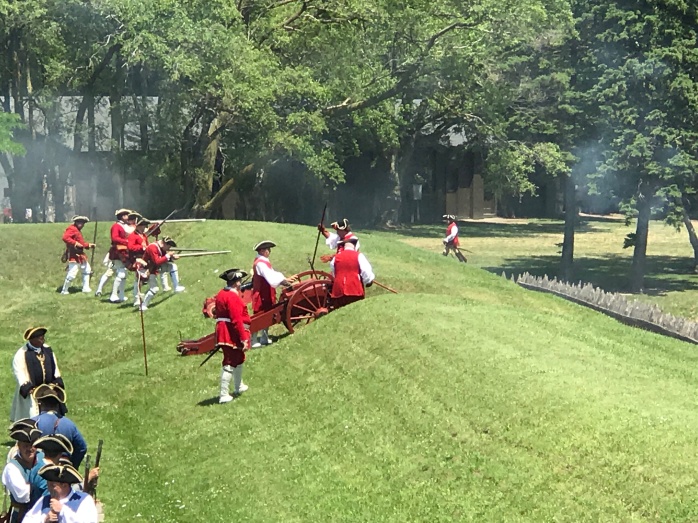 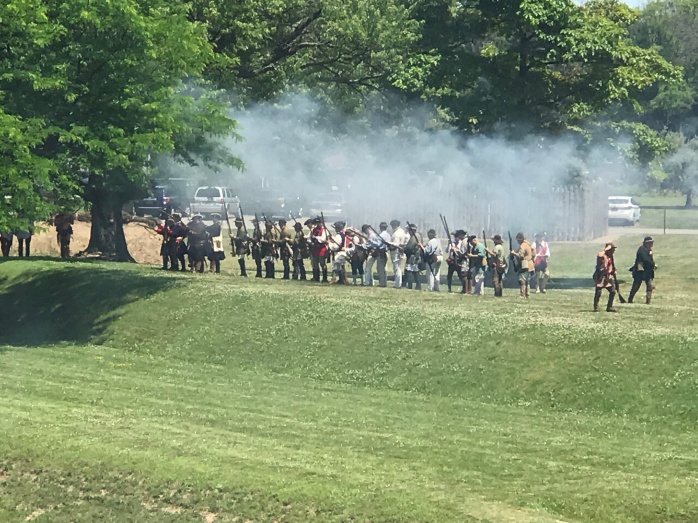 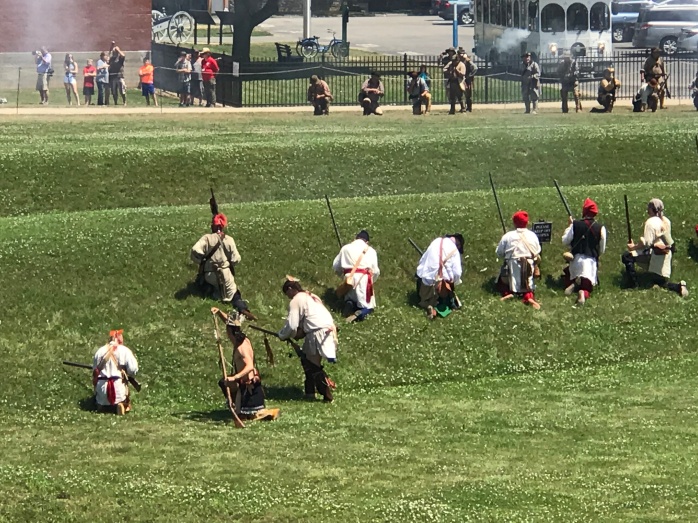 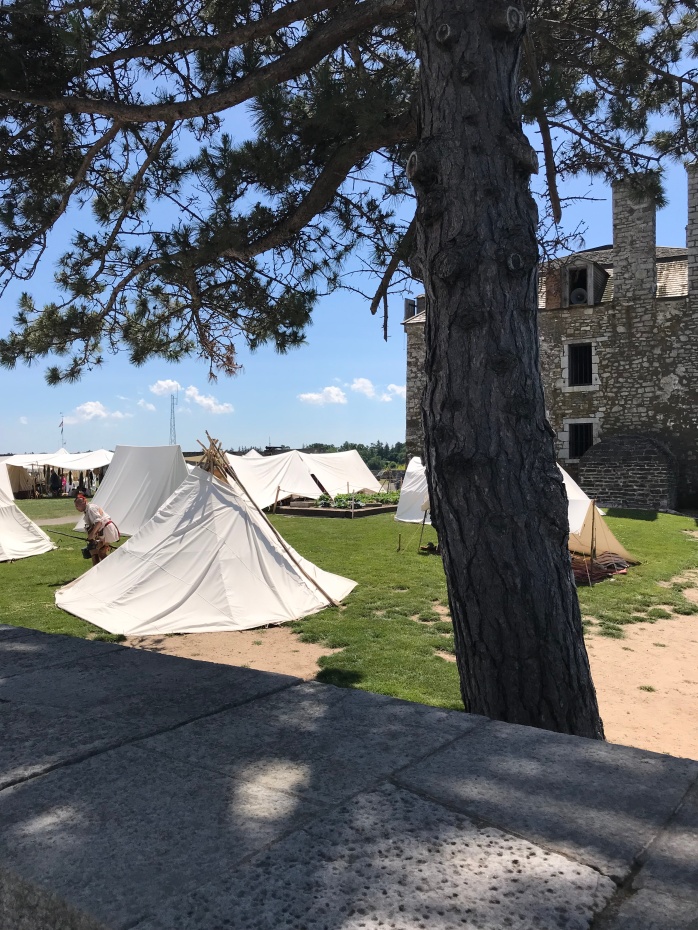 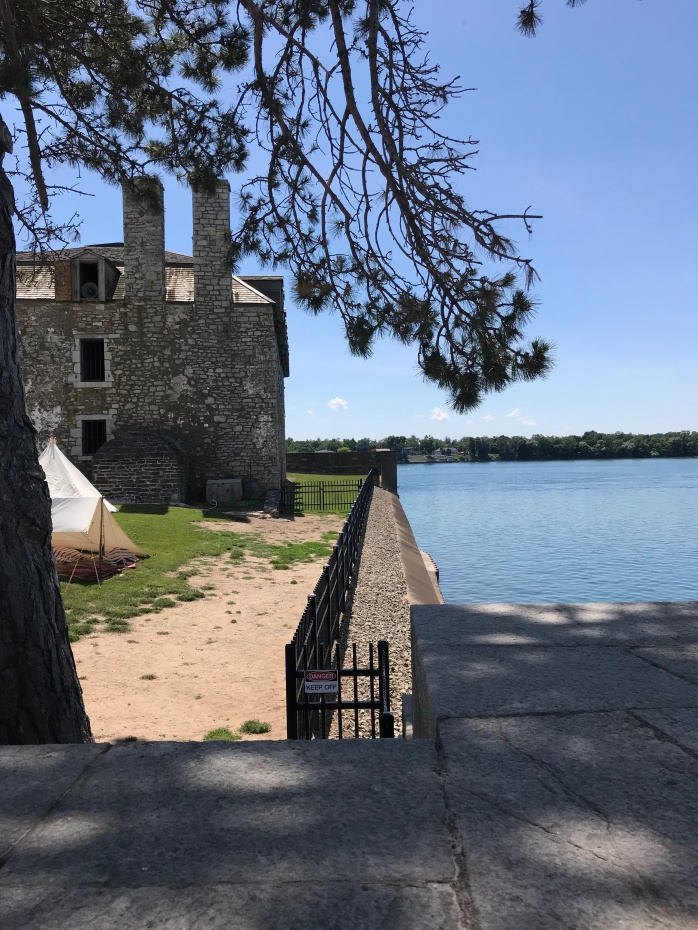 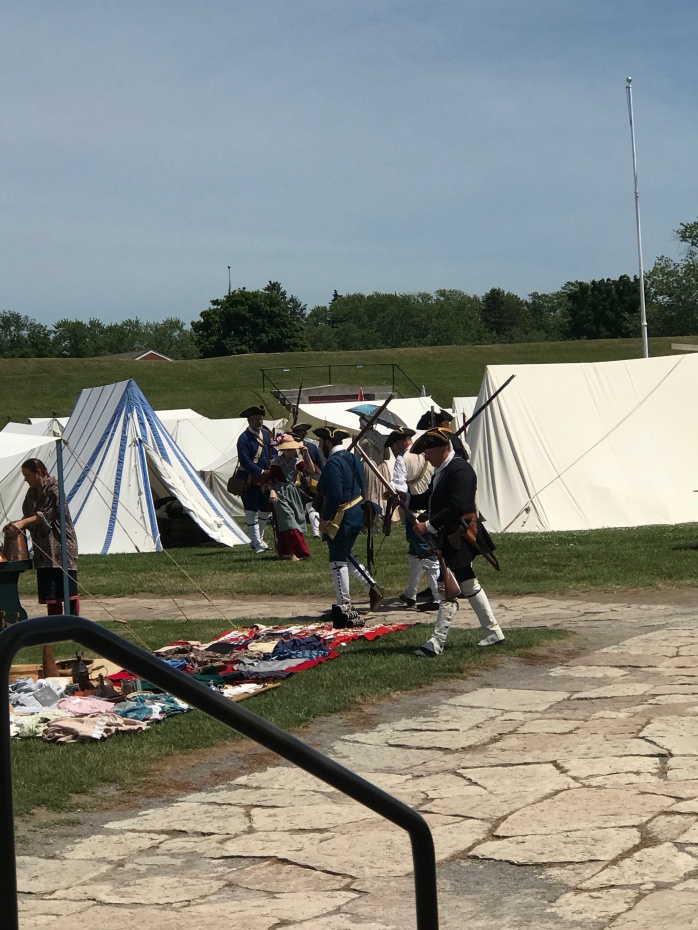 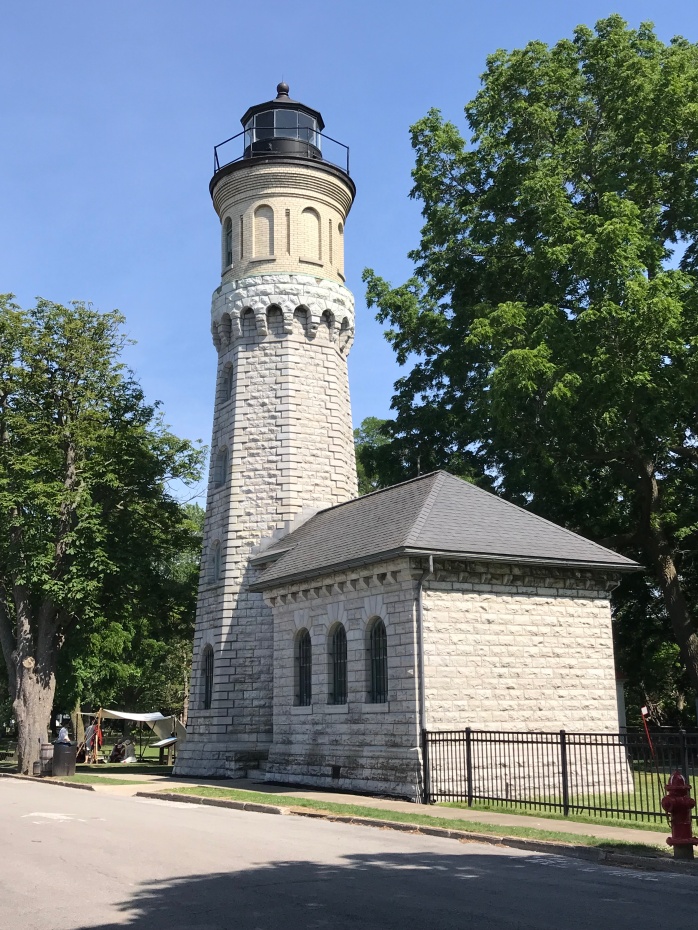 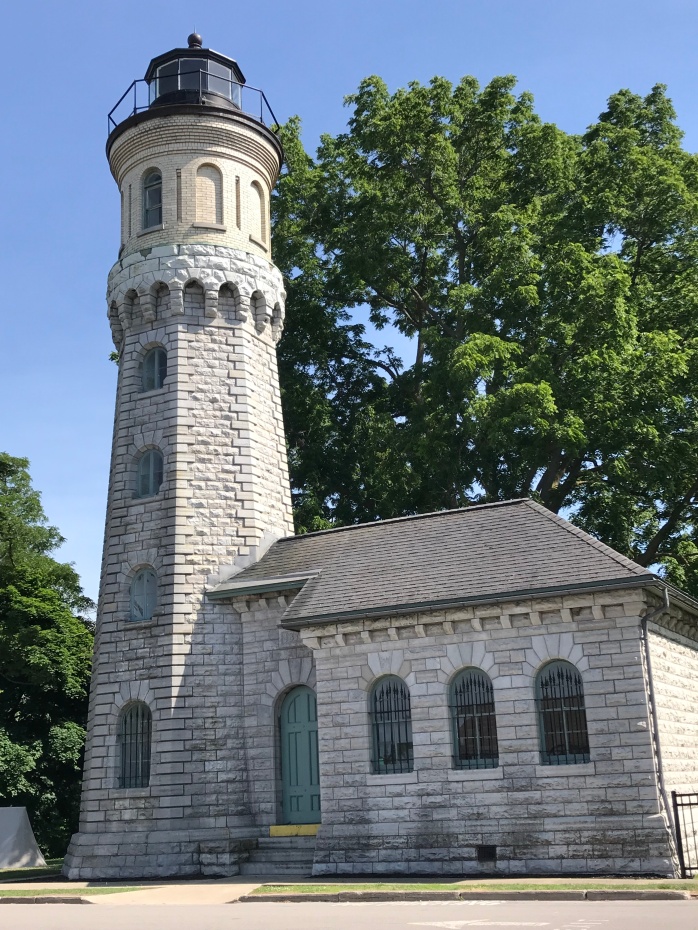 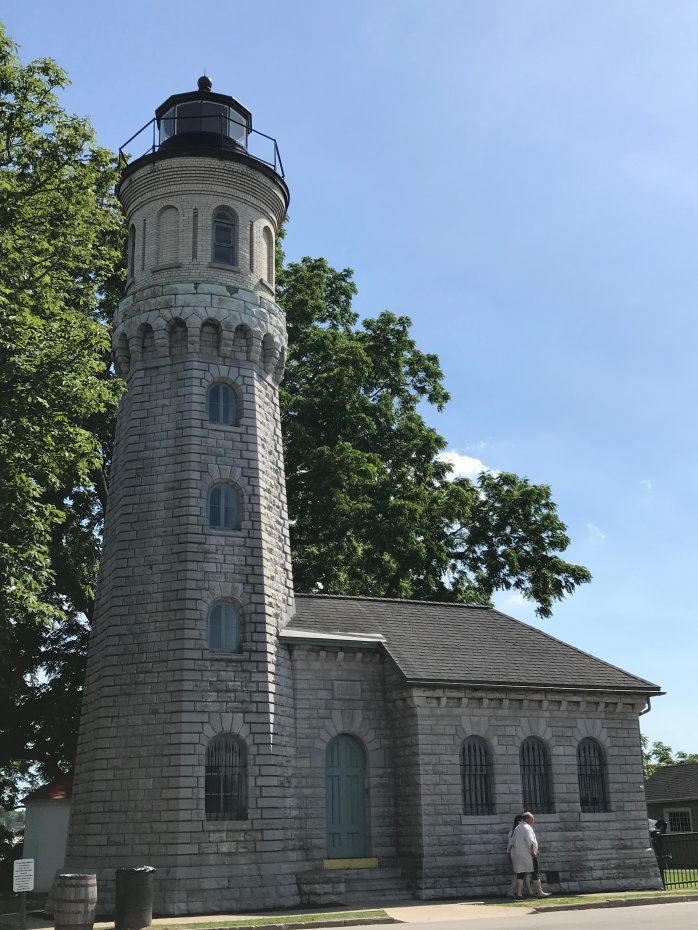 It was a very interesting day……I was happy we went and learned a lot!