The first summer in my new home I did some major landscaping…..one item I wanted really bad was a weeping cherry tree! So, I had one put in my back yard. It didn’t do well…..that first summer, it bloomed nicely, but after that, the limbs started dying off and had to be cut more and more each year until we finally gave up on it and replaced it. When the landscapers asked what I wanted to replace it with, they cautioned that it might not be the best place to put another weeping cherry – it was a very wet area! So, I asked about a burning bush and they said it should do great there. So, a burning bush was put in!

I didn’t really know much about these bushes. Of course, I do know the biblical story of the burning bush, but that was all together different…..or so I hoped……I wouldn’t want a blazing flame in my back yard speaking to me! But, other than hearing about these bushes and having one brought to my attention in passing one time, I’m not sure if I’ve ever seen one up close…..I probably have, but likely didn’t realize what it was. The one that was brought to my attention was so vivid and gorgeous, I couldn’t stop thinking about it…..I knew I wanted one in my yard and was happy for this opportunity.

Burning Bushes are a green leafy bush in the spring and progressively change colors throughout the summer and into the fall when they turn a vibrant crimson red! Apparently, the more direct sunlight it gets through the summer results in a darker red in the fall. So, it is located in a perfect spot in my yard with no shade to hinder the sun from doing its magic!

Here is how my bush progressed in the first year it has graced my yard:

May – just after it was first planted 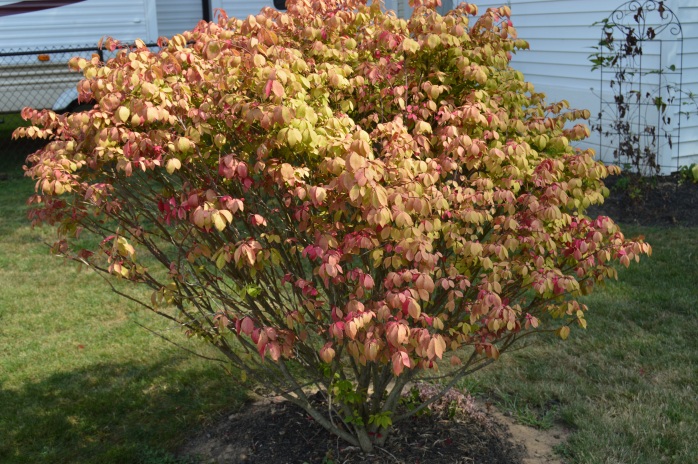 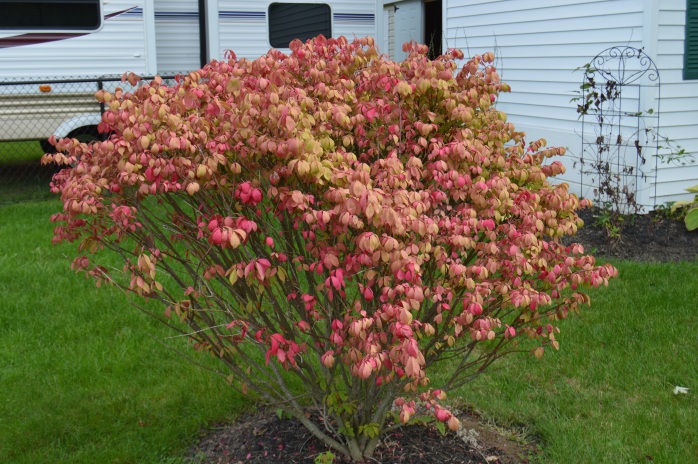 I am so happy I added this beauty to my yard……it brings a variety of color spring thru fall with a spectacular showing at its peak!!!