…and then there was one!

They say that dogs leave paw prints on your heart…..well, I have had my share of great dogs in my life – from my first dog, Hansen, when I was just barely a toddler, right up to the one that is stamping her paw prints all over my heart currently…..so, my heart is blessed to be beautifully decorated with these wonderful paw prints!

For a few months between late 2006 and early 2007, there were four – Puddles, Katie, Megan, and Amy! They were all rescues that found their way to me – I was not looking at the time they came into my life, they just found their way to me, were in need of someone to love and care for them, and I just couldn’t resist! Click here to read an old blog post with their stories.

At first, there was only one……Puddles – for about 14 years, she was the lone Princess! Then, Katie joined the family and for about two years, there were two…..and they became best buddies!

But…..Puddles was old and not well, so not too long after Megan and Amy joined the family, Puddles passed on! So, for almost eight years, there were three!

Just this past November, Katie had what we believe was either a stroke or a heart attack and went to join her old friend, Puddles……and then, there were two, again!

Amy came into my life with her sister, Megan, when they were tiny little pups. I was absolutely not going to keep them – my intent was to foster until a fur-ever home could be found……well, they enjoyed their 8th birthday with me this past August! About October, Amy started having some serious problems with her right eye. Our vet recommended we see a veterinary ophthalmologist, which we did. It appeared that Amy may have had a mass of some sort behind her eye – either an abscess or a tumor! The recommendation was to start with steroids to see if it shrinks…..if it does shrink and doesn’t return after discontinuing the treatment, then it was likely an abscess and all would be fine! If it either doesn’t shrink OR does shrink, but comes back after discontinuing the treatment, then it was likely a tumor…….surgery was not an option because of where it was and how these types of masses typically grow. So, we did the prednisone treatment…….and the mass shrunk…….we kept up the prednisone at decreasing doses until the last week in December…….and, for about three weeks, she was her old self, again – playing and barking and enjoying life! And, then, she very rapidly began to relapse…….she was not doing well, at all……and then the bulging in the eye returned! Options were to try another steroid or let her go in peace…….I decided that, since surgery wasn’t an option and she didn’t feel well on the steroids and that she was obviously showing signs of suffering, confusion, and of neurological symptoms, that I would not put her through any more…….so, on January 31st, she very peacefully, in my loving arms, went to be with her best friend, Katie. And, my heart is broken……..but forever stamped lovingly with Amy’s paw prints! 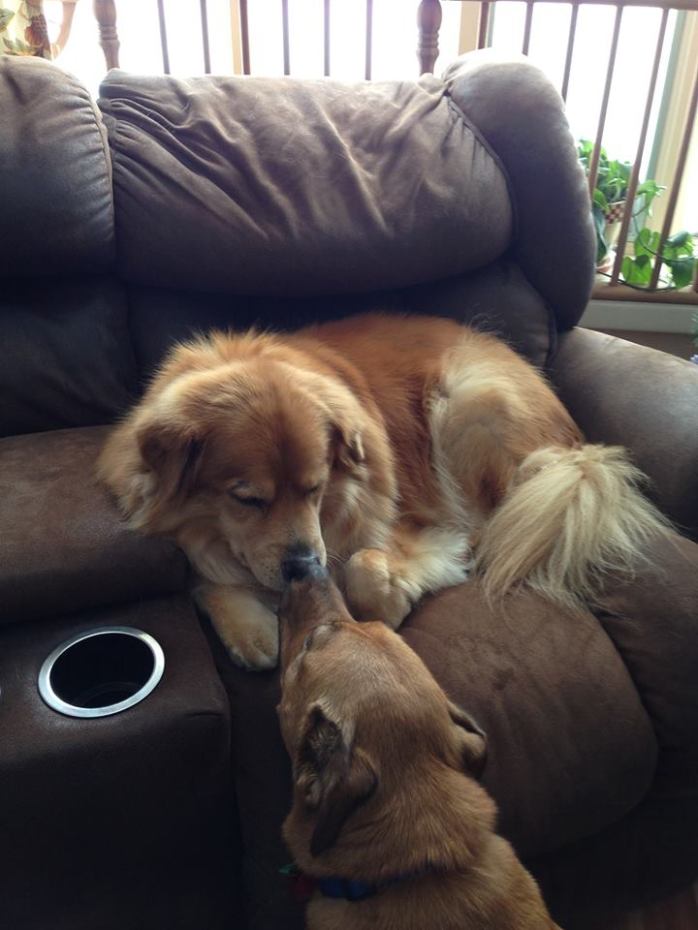 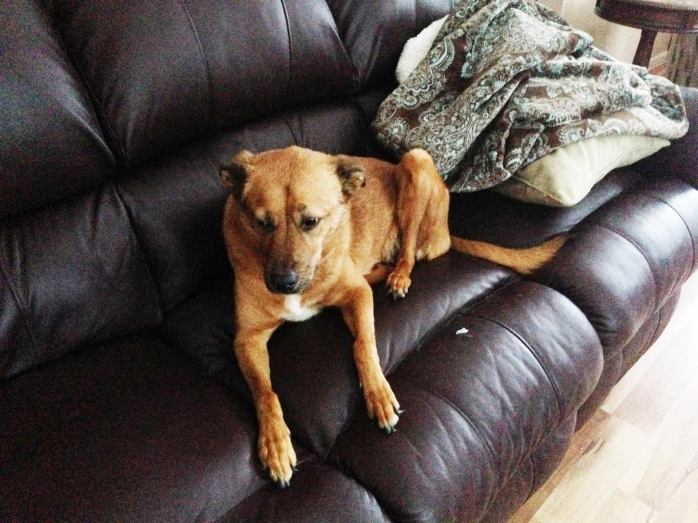 So, now there is one…….Miss Megan!!! May we have many years and many adventures to share together…..and may she leave many more paw prints on my heart!!! 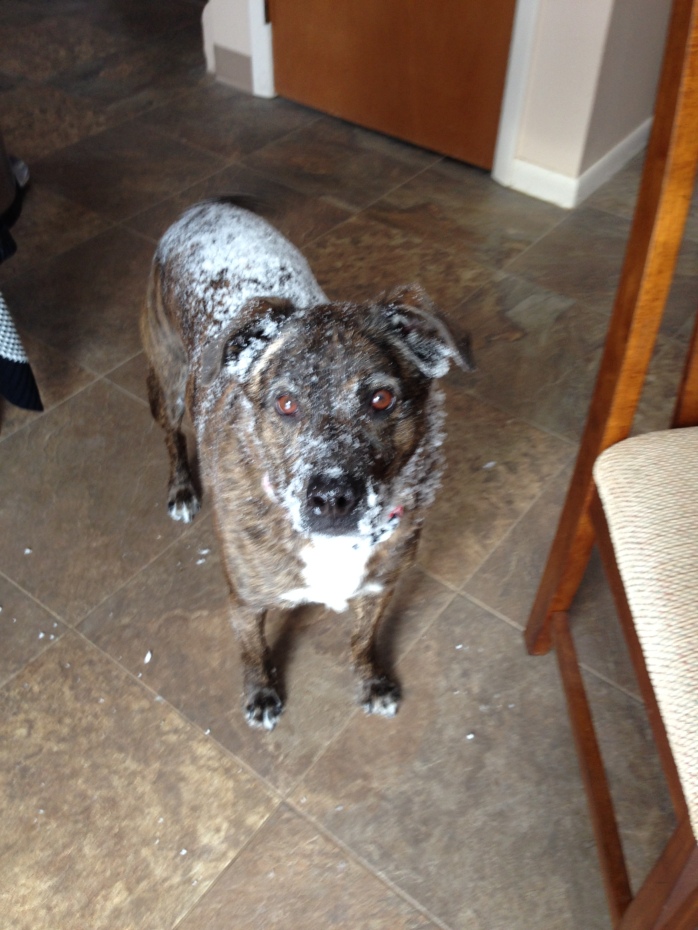 Category: All The Dogs I Have Loved - A Loving Tribute Series, Dogs - I Love My Girls, Sentimental