Beautiful Day Along The Canal

It was a lovely day, today…..rather breezy, but the sun was out, the sky was bright blue, the clouds were fluffy and white, and it was fairly warm. So, it was a nice day to be out and about wasting time and enjoying the first day of May! The canal was finally filled a couple weeks ago……love it when it is full…….and it was supposed to open for boat traffic today, but the recent heavy rains caused them to decide to push the opening back to next week. But, that didn’t stop me from looking for a good spot to take some photos (different than the usual spots I capture downtown)…….and it didn’t stop the people I saw out enjoying the tow path!!!

I went to Lowes (in the pouring rain) on Tuesday to get some things and one of them was the wrong part, so I had to go take it back. When I was driving home from Brockport on Tuesday, I slipped up Canal Road off of Redman Rd, instead of going all the way to Route 31. I hadn’t taken Canal Rd in years and forgot how close to the canal it is — you could literally slip off the road just a few inches and fall right into the canal – if it weren’t for the guard rails!!! Like I said, it was pouring rain on Tuesday and I was drenched and tired, so I promised myself to go back through there on a nicer day to snap some photos. Today was the day!!!

These are shots of the canal along Canal Rd between Holley and Brockport right near where Redman Rd goes over the canal – that is the bridge you will see in the first photo:

Not sure why, but I just loved the way this power pole looked against the sky

I took the Canal Rd photos on the way to Brockport. On the way back, I went right to Route 31 and didn’t cut up Canal Rd. There is a nice little canal side park on Route 31 just across the canal and down a little ways from where I took the earlier photos on Canal Rd (just before you get to Holley on the right coming from Brockport). The park is right where Route 31 goes over the canal – the bridge you see in some of the following photos. They have a nice little pavilion with picnic tables, a boat launch and dock, and what looked like a hiking trail through the woods. I saw a couple walking their dog on the tow path and there were other cars there that probably belonged to people who were out on the tow path (or maybe that hiking trail). It is very pretty and peaceful there…..nice spot!!! 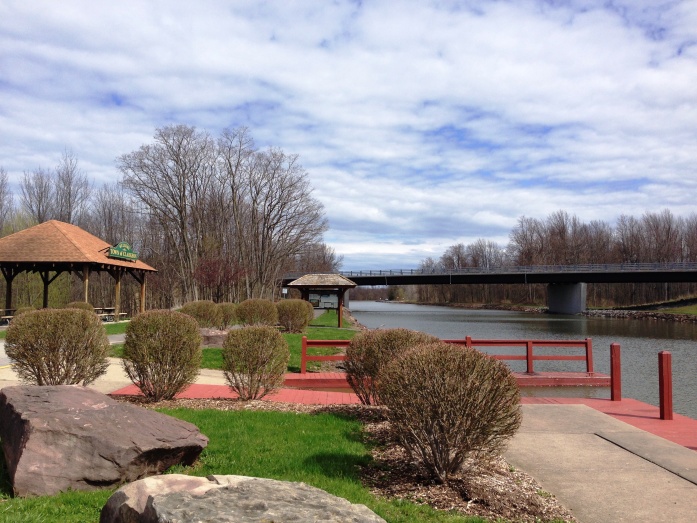 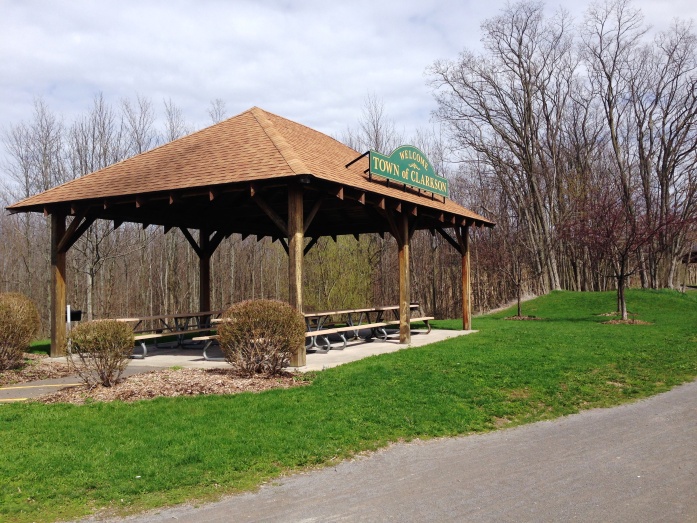 Many years ago, before tug boats and other ways to tow barges, the tow path was used by mules and ox to tow barges transporting goods from the Hudson River to the Great Lakes 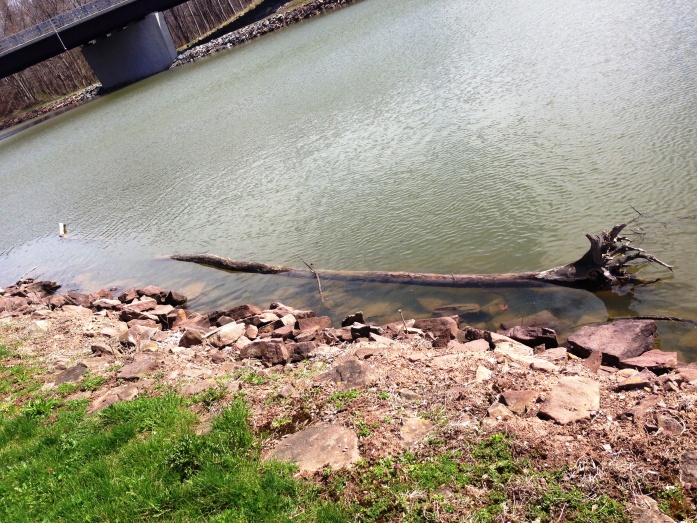 Another cool looking log….or should I say small tree, roots and all

Pipes from the canal allow overflow to run into this stream