People are always so worried about watching where they are going and in too big of a hurry to pay attention to the awesomeness around them! So, I took the time today to go out and wander around town looking UP! There are a lot of great things to see if you just look – here’s what I found, today!

Of course, the most awesome reason to look up is the sky!

I always liked the look of our County Clerks Building, but just look at the amazing detail on the top of it! Especially the fencing along the roof line…. 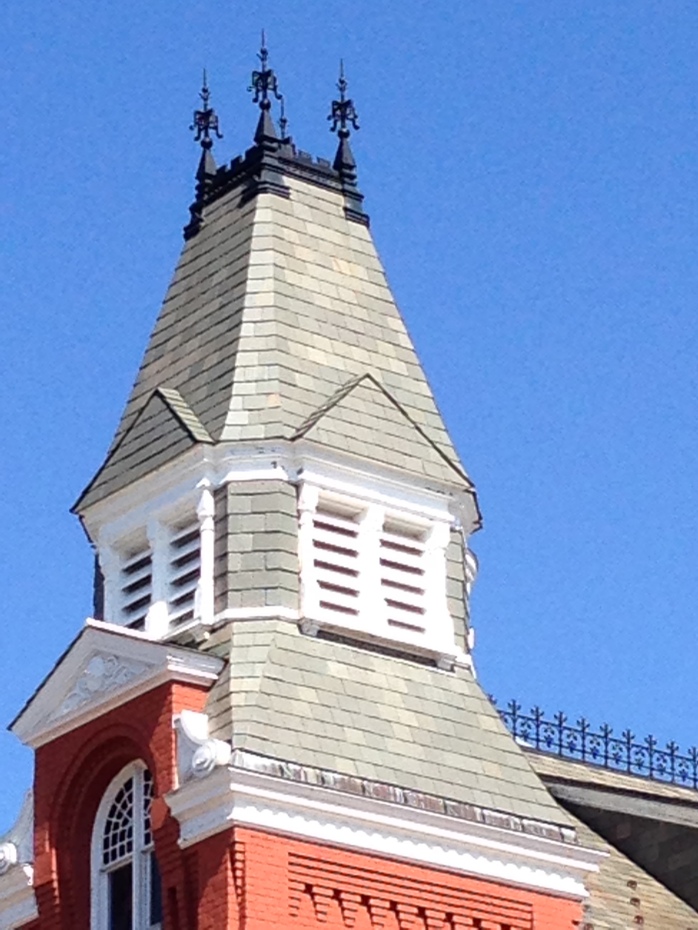 And….you can’t check out the clerks building without seeing the silver dome on the County Court House 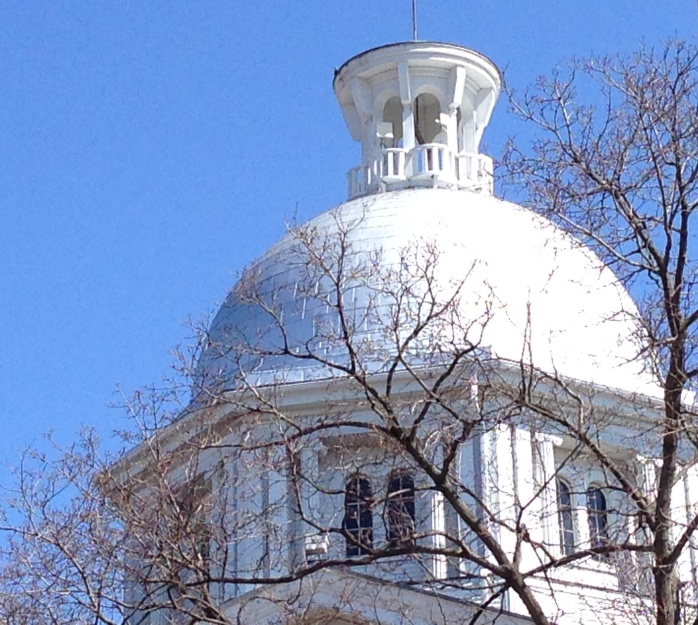 The Presbyterian Church steeple is hard to miss, but did you ever notice it has a similar fencing along the roof line as the County Clerks Building? 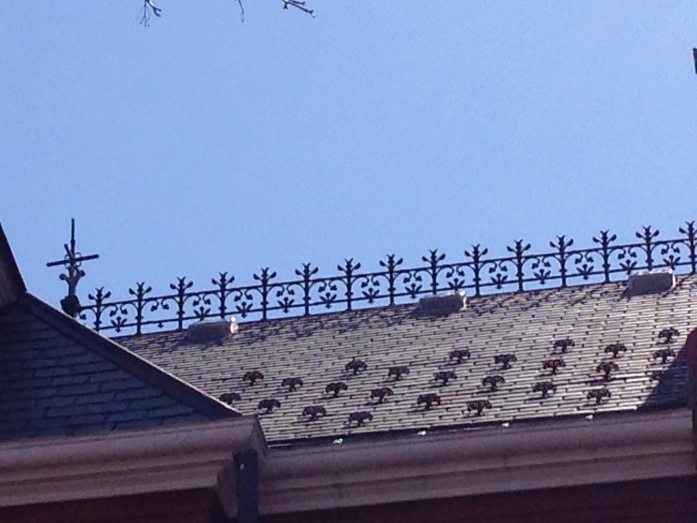 This turret room is seen from the back and side of the First Baptist Church – it is rumored that, in the early days, the men of the village would hold their “political” meetings there where they could see unwanted visitors before they were surprised! Also in this shot, you can see the uniquely pretty material used to face the steeple (on the left side).

While we’re at the Baptist Church…..did you know there is a clock on at least two sides of the bell tower? It isn’t there so people won’t be late for church – haha – it was put there as a service to the community back when the church was built in the 1800s.

Until today, I never noticed this interesting “thingy” on the peak of the roof on the old Cooperative Extension building. 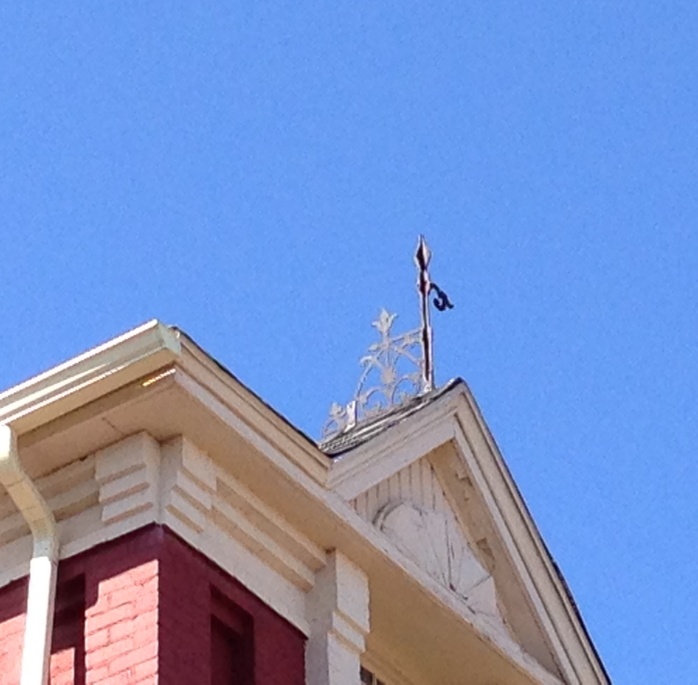 I notice there are a lot of little cupolas on buildings and houses around town – this one is on the Post Office and has a weather vane on it. 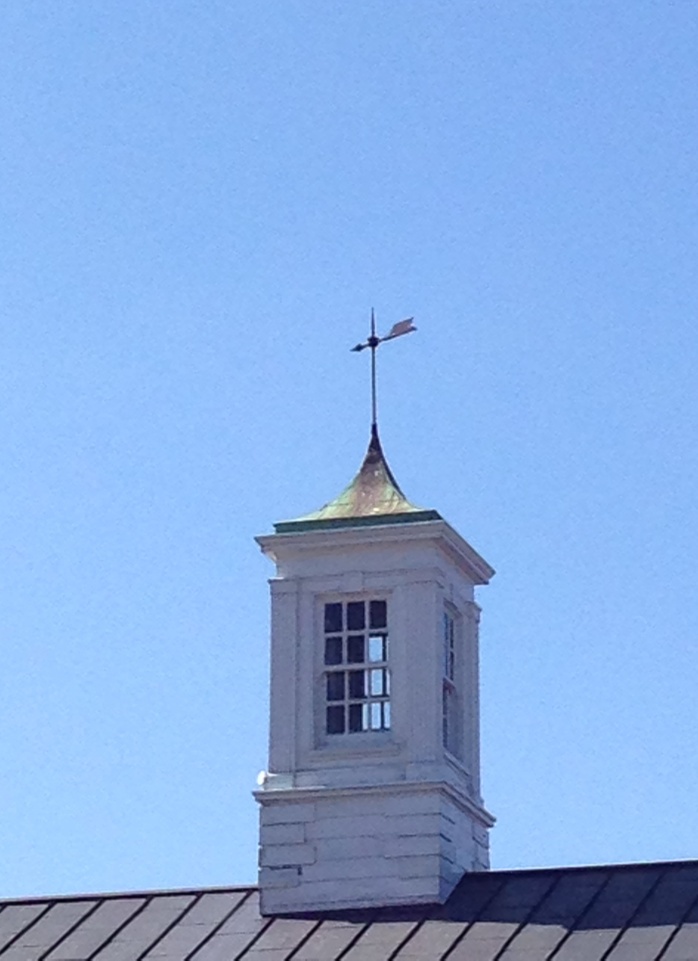 This is the old funeral home that is now a private residence (or apartment house?) located across the street from the current Merrill-Grinnell Funeral Home on State St. Notice the fencing on the roof line and around the tower? Seems to be a theme around town – I’ll have to start paying attention to see if it can be found on more buildings!

These are the fire whistles…..when I was a kid, they would sound these off whenever there was a fire AND every day at noon – if I happened to be downtown, it would scare the bejesus out of me – they were deafeningly loud! I know they don’t sound them off at noon, anymore, but I’m not sure if they even use them when there is a fire….I haven’t noticed – anyone know?

Sometimes, looking up can also be an education……like in these photos:

When you look up at this clock on Main St, you not only learn the current time, but you also learn that Albion was incorporated as a Village in 1828.

When you look up at this ornate building topper on Main Street, you learn that it was built in 1882 and owned by (or maybe even built by) D.B. Day and F.A. Day. Brothers? Perhaps father and son? Don’t know, but they sure had good taste in building design! 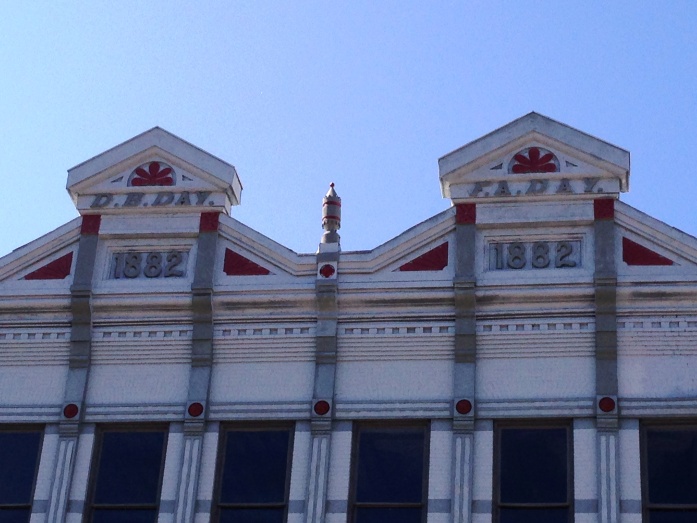 When you look up at the Briggs building on Main Street, you immediately learn that Mr. Briggs was a man that wanted to be noticed! It stands taller than the other buildings around it and is, by far, the most ornate of all the buildings in the downtown business district. 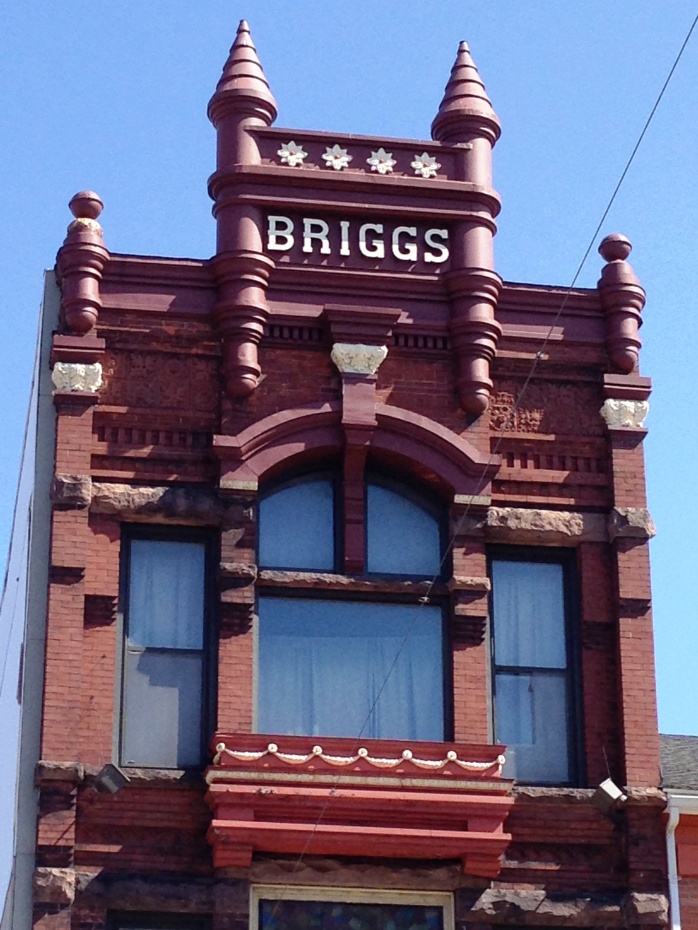 Look up at the Pratt Opera House building and you not only see the stately gentleman I’ve photographed before, but also yet another very ornate building topper along our historic Main Street.

Another ornate building topper – this one on Bank Street – with some softer touches to it.

And, interesting things you find by looking up aren’t limited to Albion!

I took this photo in downtown Sanford, NC a few years ago – it is a sculpture called “Robot Boy Choir” or something like that and is on top of a building on the corner of Steele St and Wicker St. It is a little fuzzy, but you get the idea!

Now, back to the main reason for looking up…..the sky!

No matter what time of day or what the weather…..the sky always has something interesting or beautiful to show us! 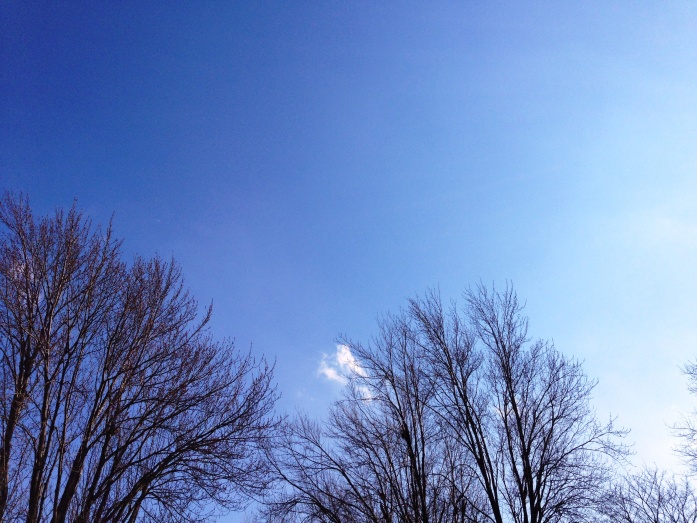 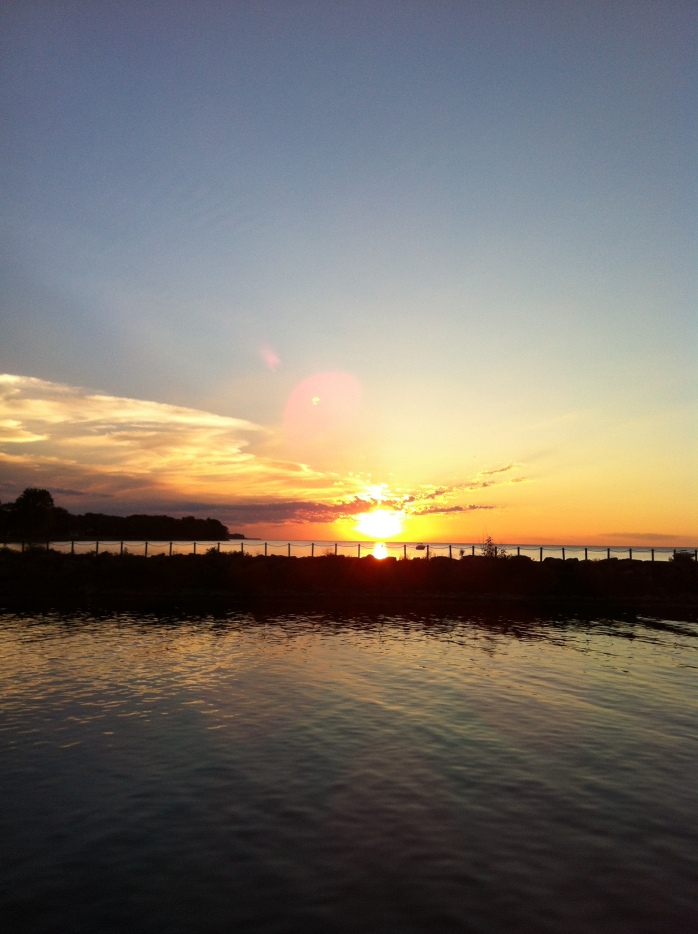 I took this in August of 2012 – I was looking out my den window and saw the clouds take on a heart shape – it only lasted a few minutes before the wind moved the clouds and it was gone, but I was able to capture it! If I hadn’t been looking up at the sky at just the right moment, I would have missed it!