For this week’s Sunday Stills Challenge, Ed requested BRIDGES! Luckily, this area is definitely not lacking in bridges to photograph! The weather here, this week, has been brutal with sub-zero high temperatures and wind chill factors as low as negative 30 to negative 40 degrees!!! Add to that the fact that I was also down with a pretty nasty cold and I was not at all sure I would be able to get out to take any new photos for this challenge. I did get out today and made sure to get a few shots that I like enough to use…….I also really like the ones I selected from my archives just in case I wasn’t able to get out before the deadline! So — here are some new and some old shots that represent just a small sampling of bridges in the area……enjoy!!!

FIRST UP – Taken today for this challenge: 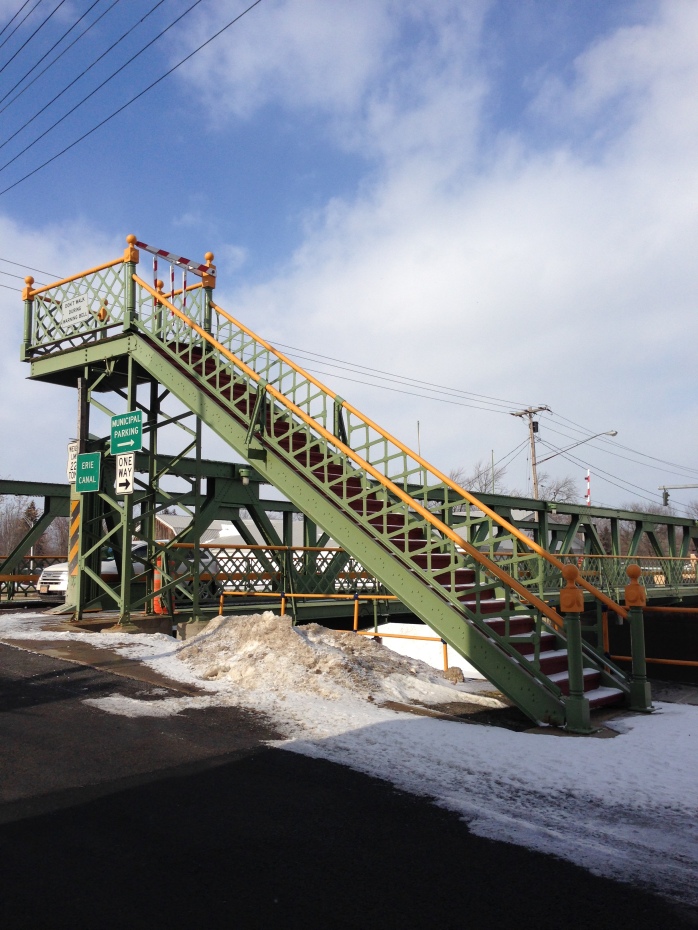 The Erie Barge Canal has many lift bridges – with the vast majority of those bridges here in Western NY.

This photo is of the Main Street lift bridge in Albion, NY and its “stairway to nowhere”.

Some years ago, I read a blog post from a photography blogger who traveled around the New England states taking photos.  He happened to be in Albion and took a photo of this very bridge and titled it “The stairway to nowhere”! He wrote a narrative about how funny he thought these staircases were on bridges he came across in this area! He was obviously not familiar with lift bridges – they all tend to have these staircases so that people can cross the bridge if it is in the elevated position. Back in the early days, when the canal was first dug and the lift bridges were put into place, they were generally in the elevated position because there was far more boat traffic than there was horse and buggy or automobile traffic – so, they remained up for the boat traffic and only lowered if there was a need for a vehicle of some sort to pass over the canal. Pedestrians climbed the stairways, walked across the bridge on the pedestrian lane, and back down the stairway on the other side to cross the canal. Today, the practice of raising and lowering the bridge is just the opposite – mostly down and only raised when a boat comes by, so it does seem to be a “stairway to nowhere” most of the time and is rarely used. But, they had a very real purpose back in the day! Also – as children, we used to love to run to the bridge when we’d hear the warning bell and climb the stairs so we could ride the bridge back down……cheap entertainment……hehehe 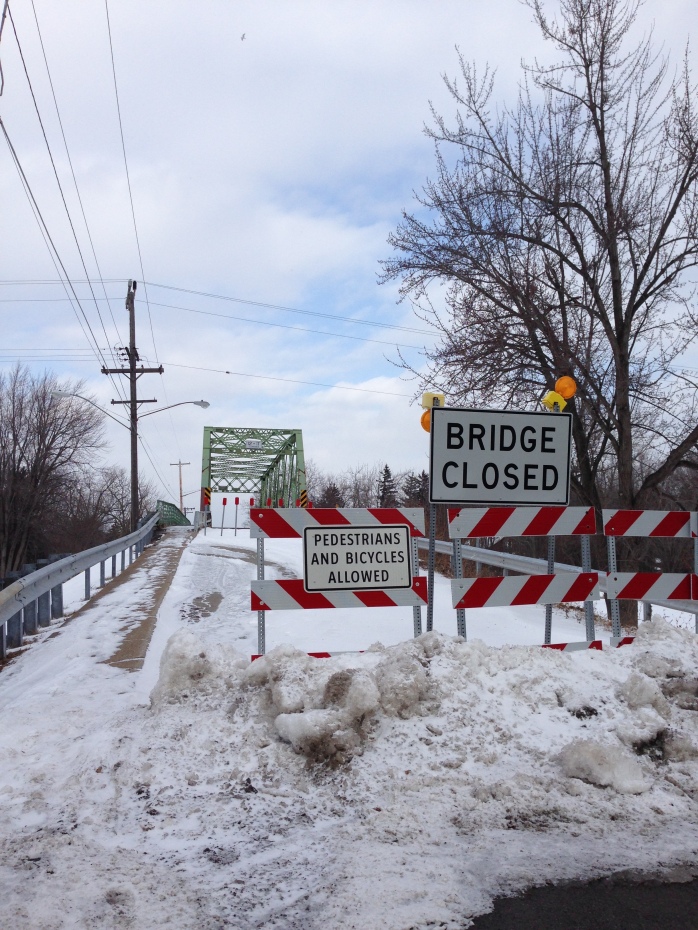 The Brown Street one-lane bridge over the canal

This is what happens when older bridges need repairs that the government doesn’t have funds to make!!! 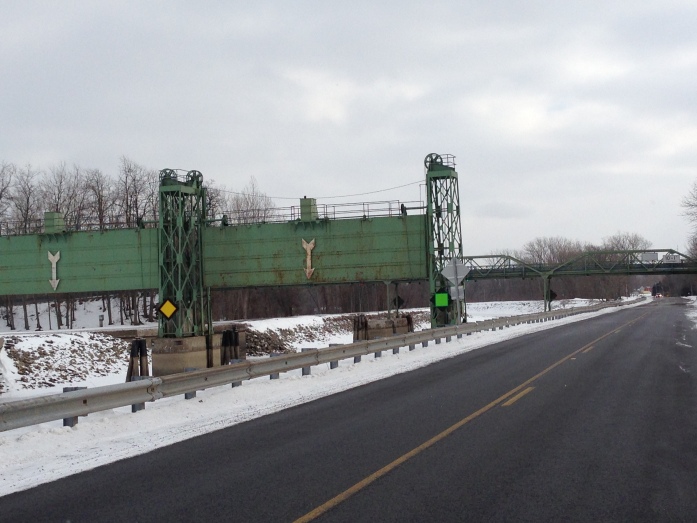 Canal gates and bridge on the Eagle Harbor/Albion Road 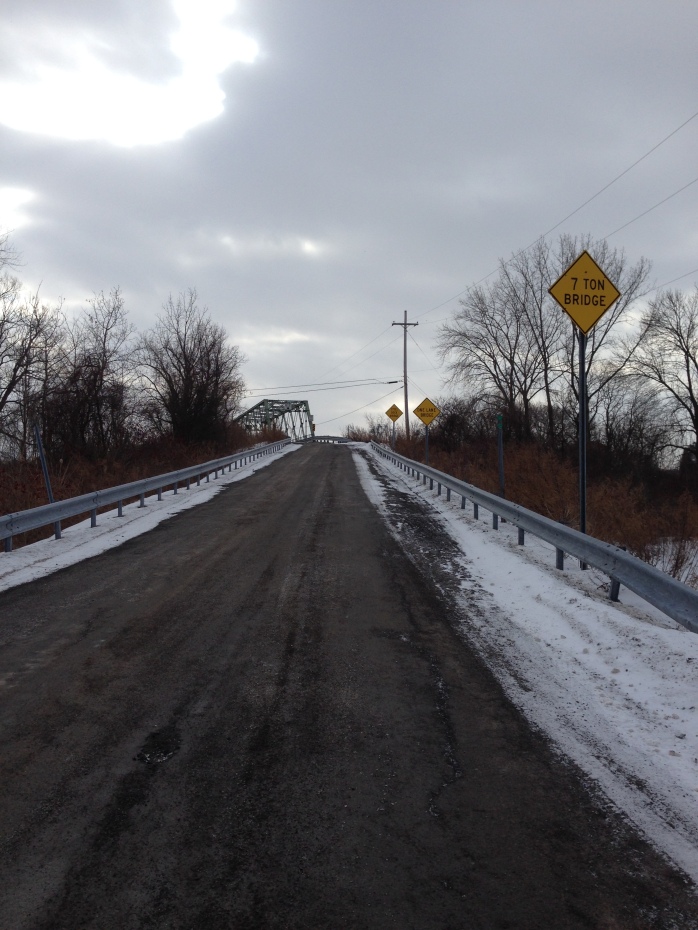 The approach to the one-lane bridge on Allen Bridge Road

One-lane bridges can be interesting – they were put on mostly country roads with little traffic – if an on-coming car does come along, the rule is supposed to be that whoever is on the bridge first has the right of way – the other vehicle must back up to allow passage – most have steep inclines on both sides making that not always an easy task. This particular bridge has a zig zag approach PLUS steep inclines on both sides, so it is very difficult to see another car until it is too late – and not fun backing back out of the way, if you’re the one needing to do the backing up!!!

NEXT – From my archives: 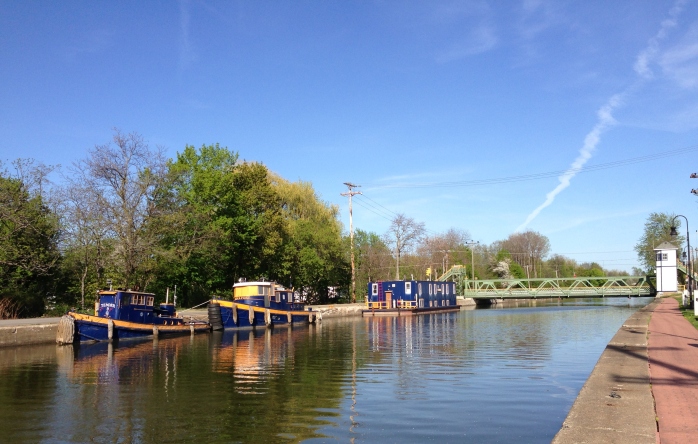 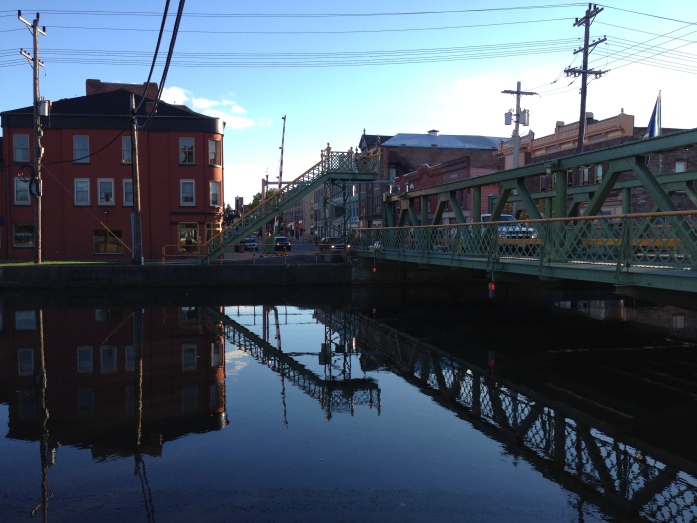 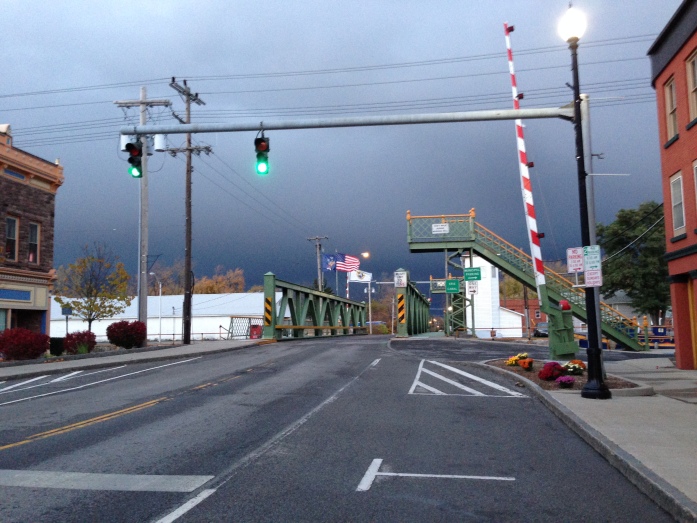 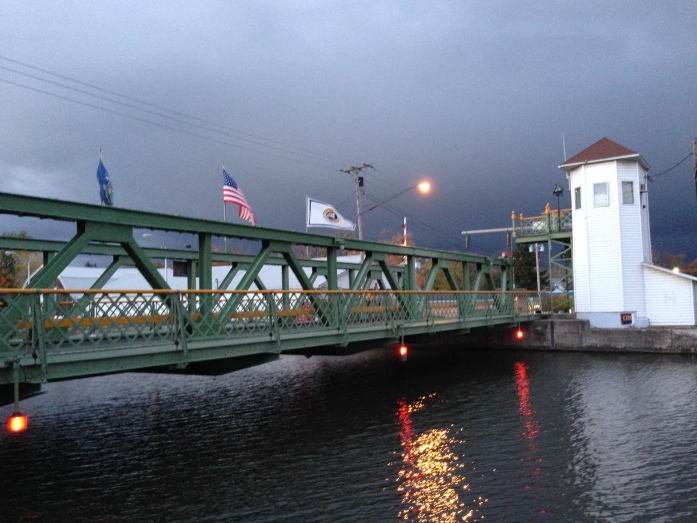