I Took a Potty Tour…..Seriously!!!

Yes, I spent two hours this evening on a tour hosted by the Cobblestone Society Museum and it was all about privies, outhouses, potties, loos, whatever you want to call them……and it was sooooo much fun! Of course, any tour that is led by Bill Lattin – former Cobblestone Society Director and County Historian – is guaranteed to be fun! And…..it was a GREAT turnout! We had quite a good size crowd of privy enthusiasts taking the tour!!! 😀

So, here goes…..photos from the tour:

This was our official tour sticker……

This is just inside the Cobblestone Church and has writing that was too faint to photograph that says “Water Closet – Gentlemen Only”! 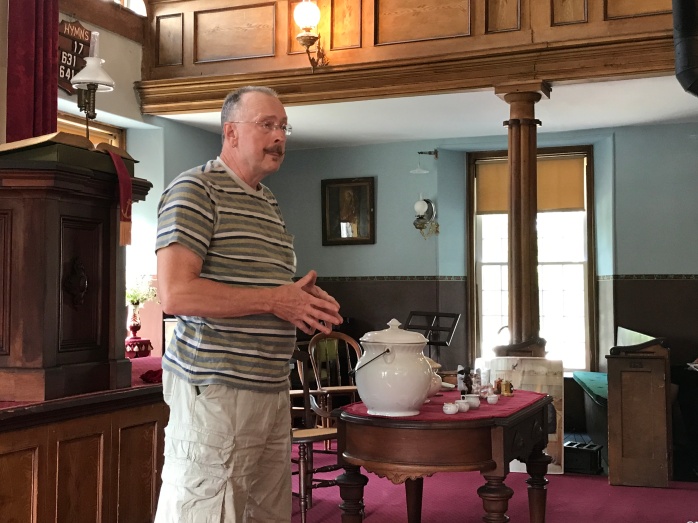 Bill Lattin giving some background info on the various privies we would be seeing and some comical items commemorating the act of taking care of business! 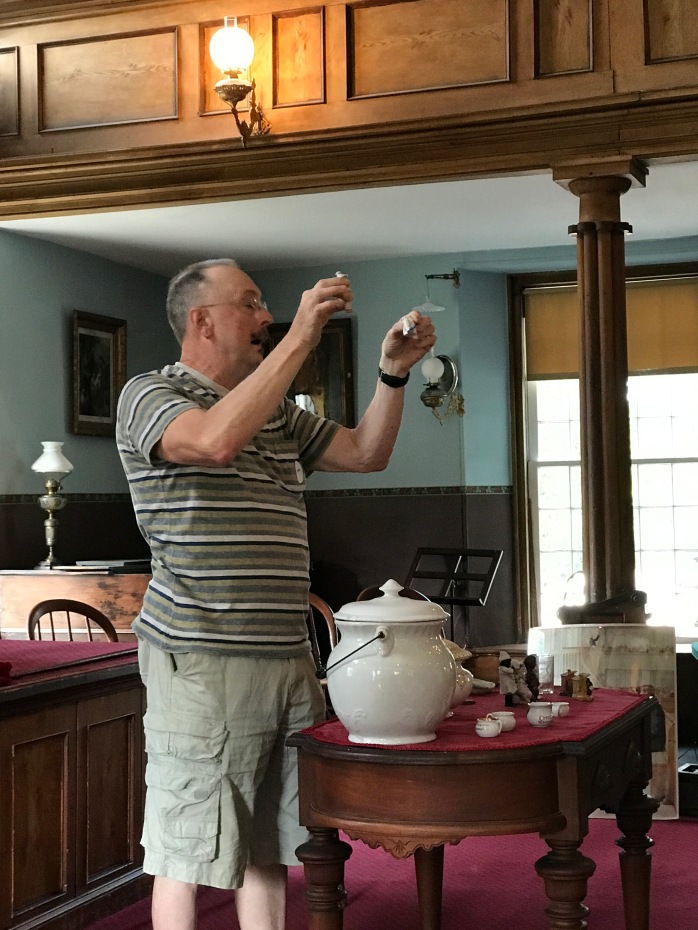 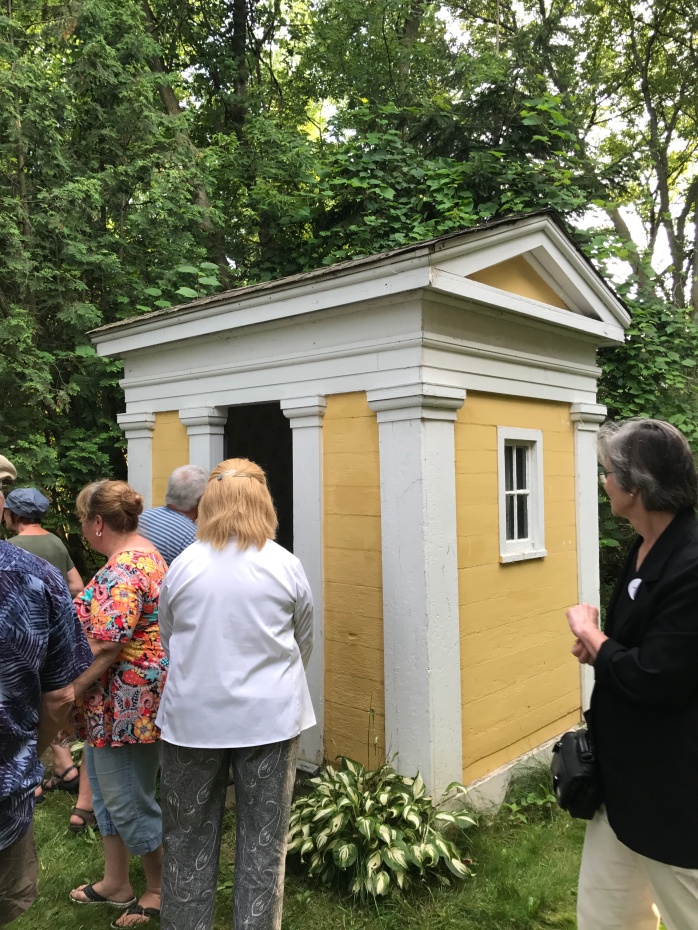 The first outhouse we visited is the most pretentious on the museum property! 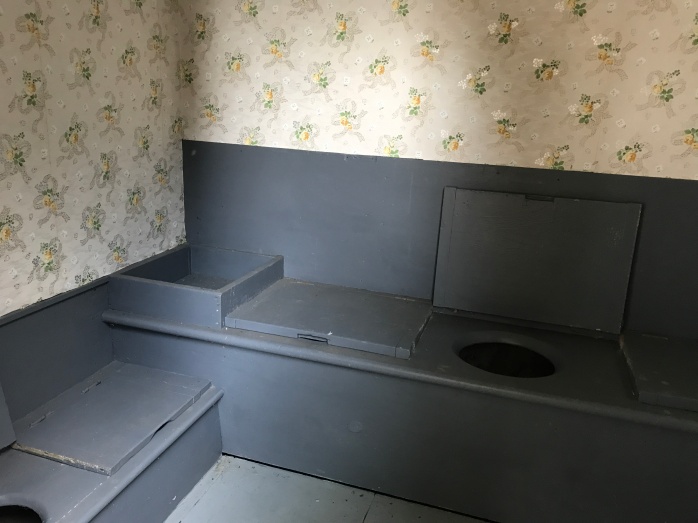 It is a FIVE holer….three across the back and two on the side for children!

Bill had some funny stories to tell at each stop! 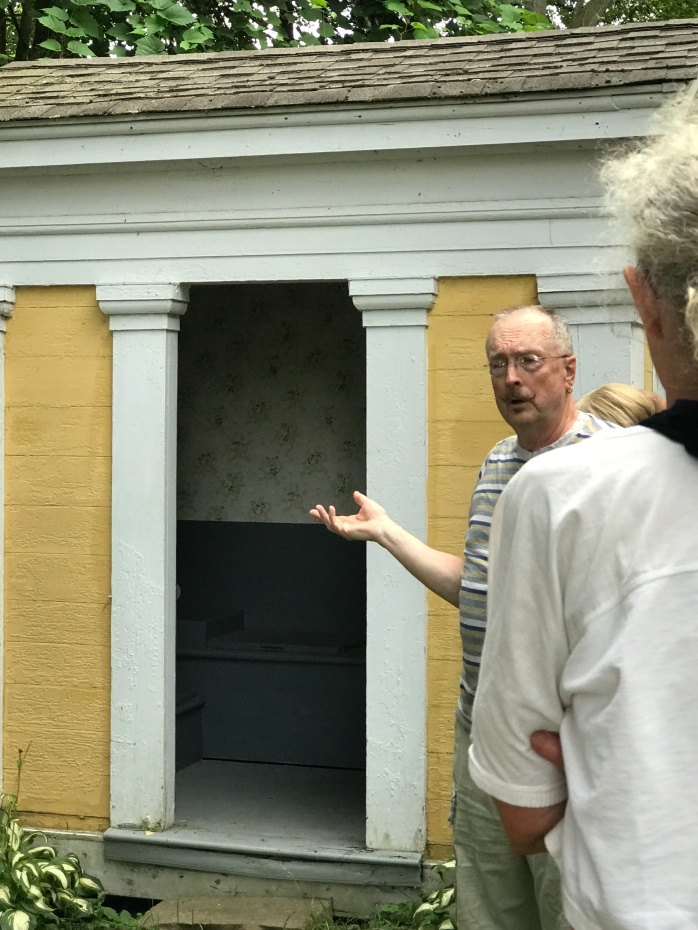 Then, we visited this one that I believe Bill said was the first of the outhouses they moved to the complex

The next one is inside the Blacksmith shop……

Then, we made our way down to the Cobblestone School…… 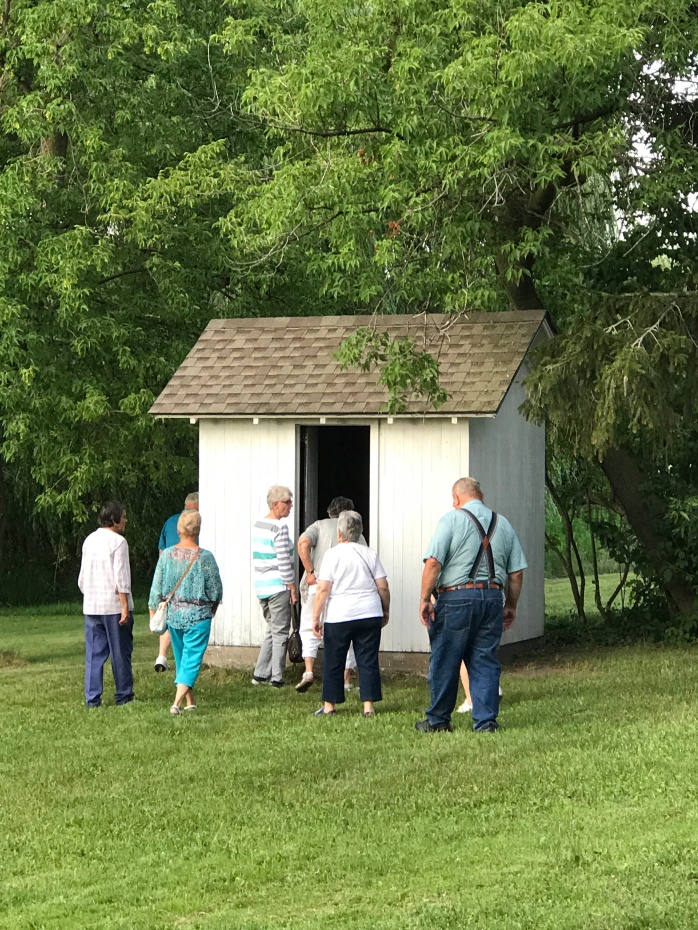 ….where there are TWO outhouses – this one for the girls…..

…..and, this one for the boys! Quite a line waiting to get a look inside, huh? 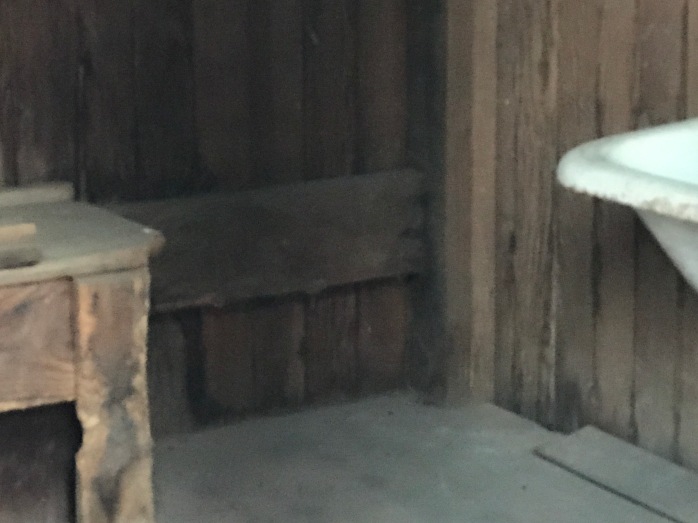 I didn’t realize this photo didn’t get the point….I was trying to be considerate of the people behind me waiting to get a look…..but, this is the boy’s privy – there are three holes and to the right – that porcelain thing I just got the corner of that looks like a sink, is actually a urinal! 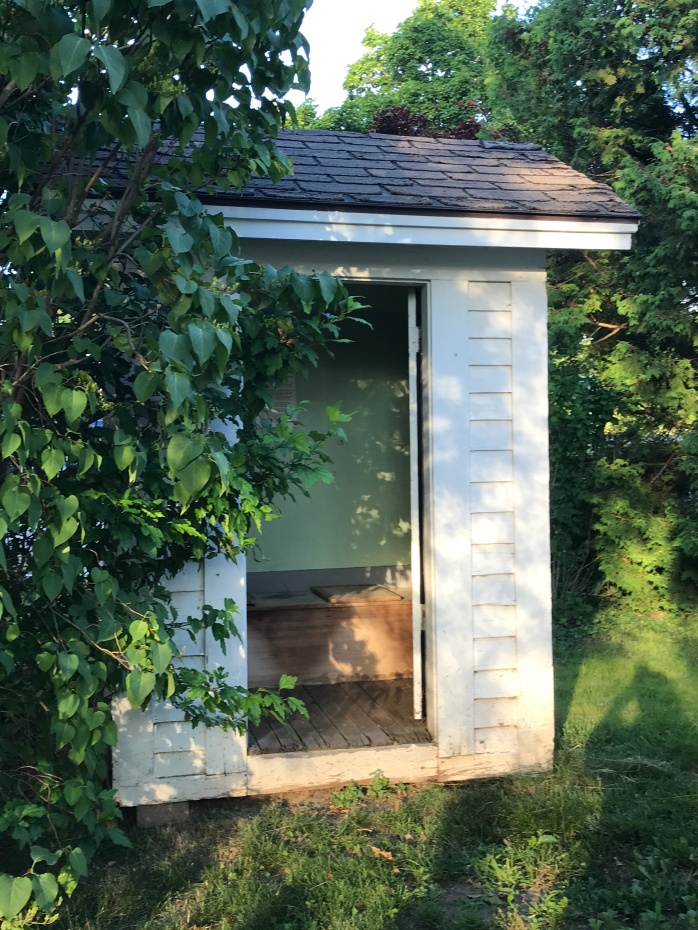 This one is located behind the Ward House beside the church

More photos taken during the tour:

This school is part of the Cobblestone Society Museum Complex – note the two doors – the one on the right was for girls and the one on the left was for boys! They sat intermingled per class once inside, but they were to enter through their own door with separate coat rooms just inside so they would have privacy removing their coats and such!

On one of the chalk boards inside the school house are signatures of former students who returned to visit after it became part of the museum and the dates they attended classes there!

Inside the one-room school house 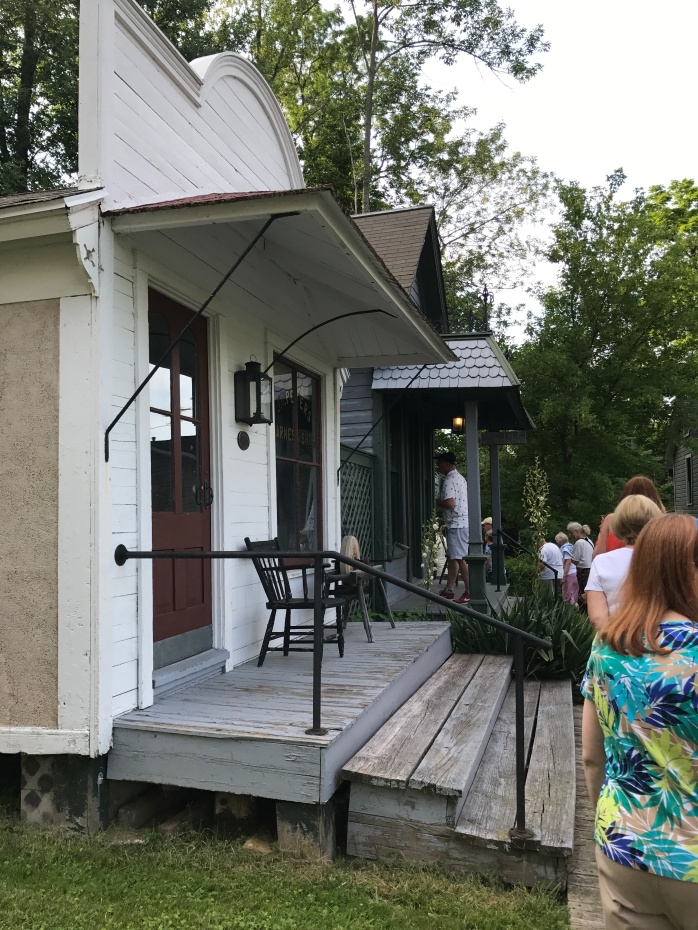 This was a Harness Shop 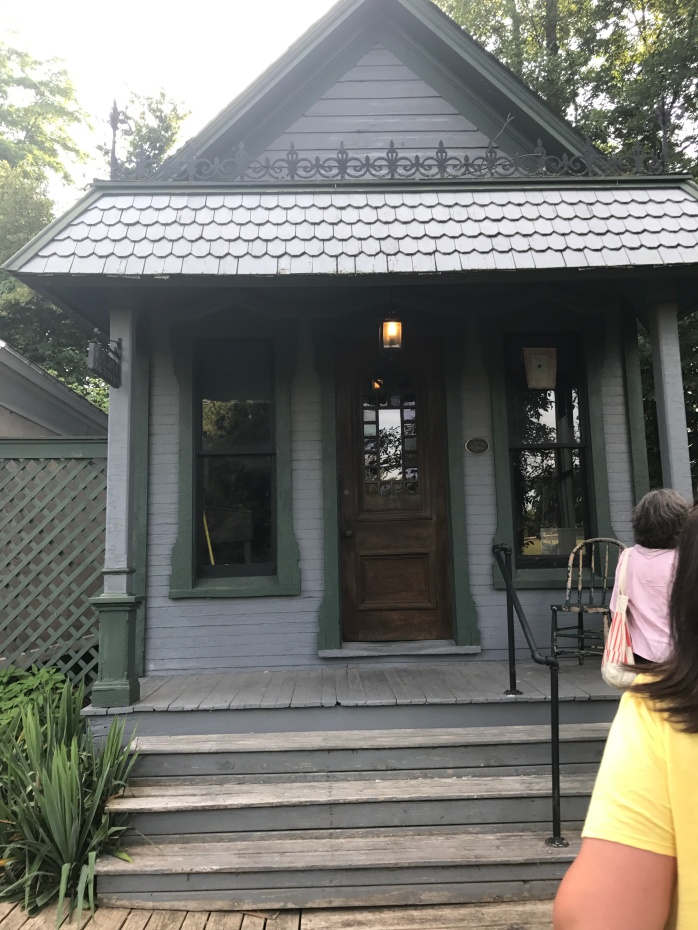 This was a Print Shop 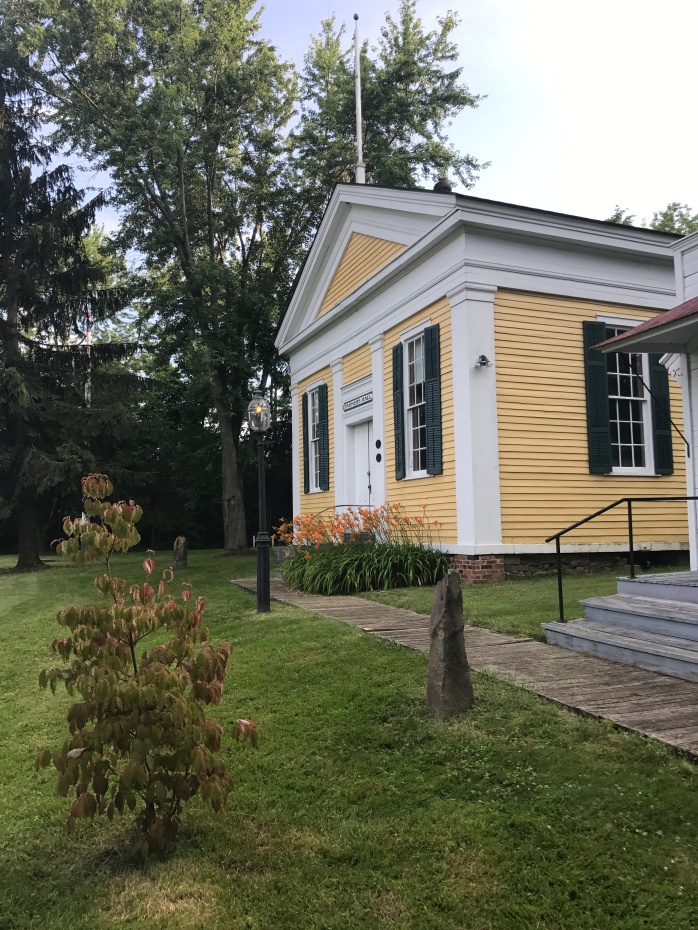 And, this was the Farmer’s Hall 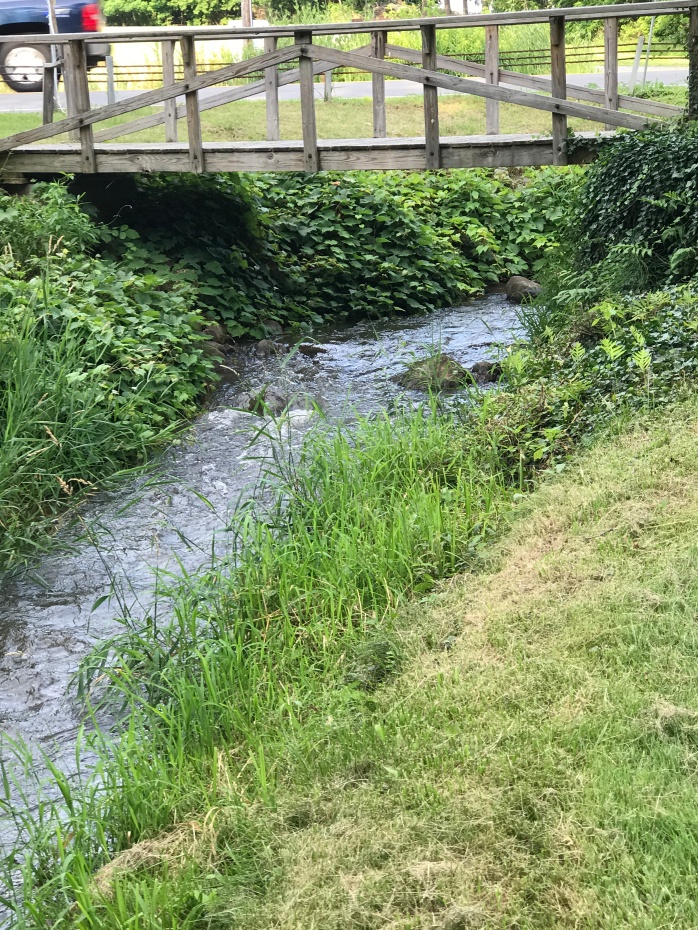 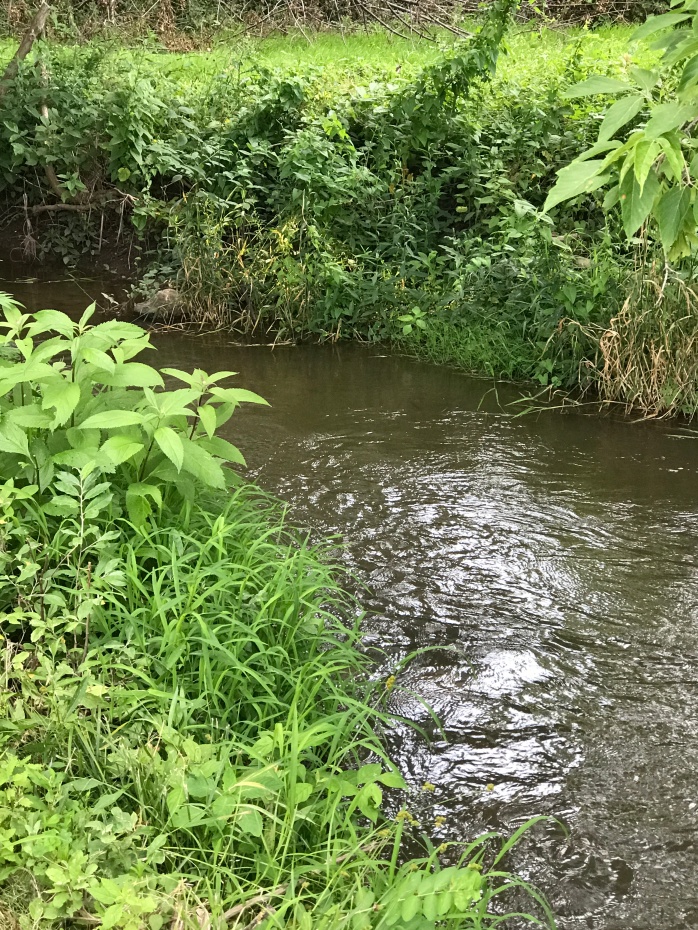 The Cobblestone Church and home base for the Museum Complex 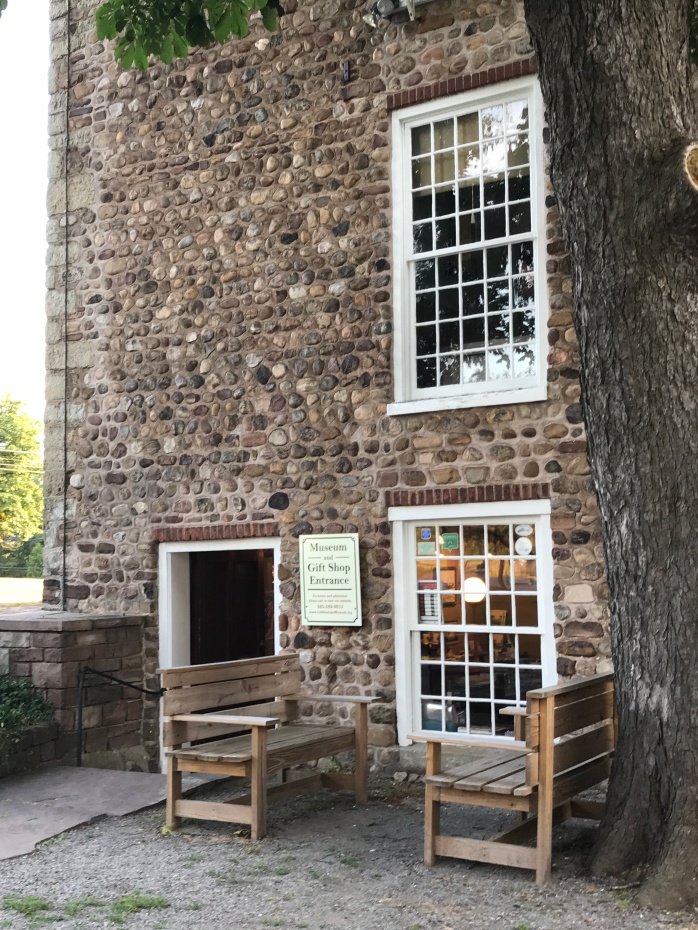 Entrance to the museum and gift shop

The Ward House, built by John Proctor – an early settler in the area – and was later the home of New York Tribune editor, Horace Greeley’s Aunt and Uncle

This building behind the Ward House may look like another outhouse, but it was actually a smoke house! 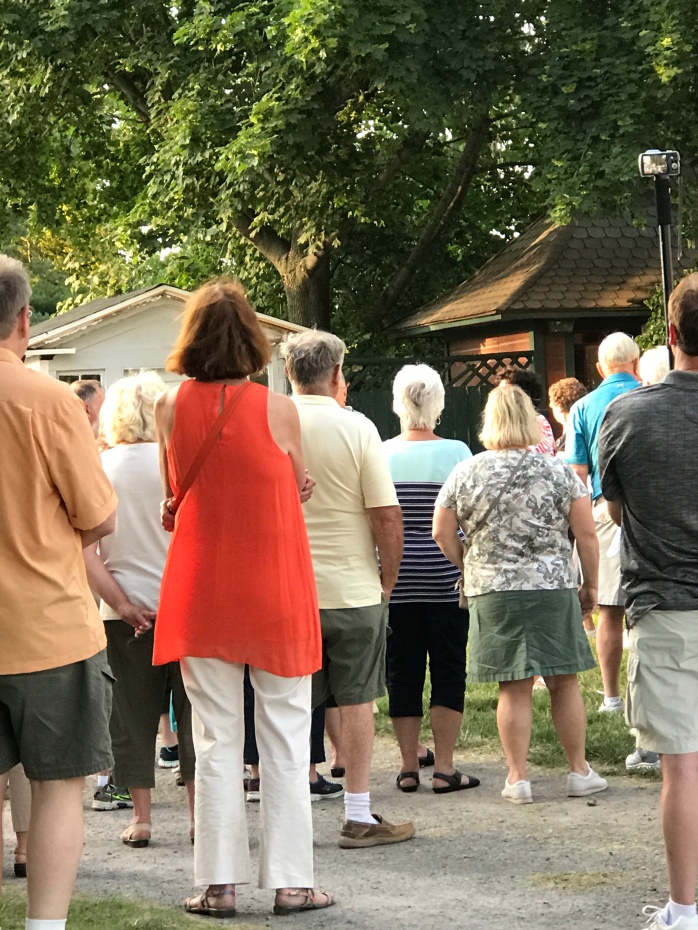 Always nice to see a good turn out for things like this…..shows people appreciate the effort that goes into doing these tours and sharing our history!