Photo of the Day – June 9th and My Fairy Village

Today was the start of the Albion Strawberry Festival – continues tomorrow after the big parade in the morning. So, you can bet I’ll be posting some photos after the weekend is over to show off our big annual event! I spent some time wandering around the craft vendors area with friends this morning and bought myself a new hat…..love hats…..didn’t really need another one, but couldn’t resist!!! But, before that, I worked on my Fairy Village…..I started it about a week ago by just setting out some fairy and gnome related things I had, but I didn’t like how it looked – too crowded and hap-hazard! So, I got some things to add to it and planned it out better and re-did it this morning…..MUCH BETTER!!! The weather was amazing for festival-ing, gardening, and relaxing on the patio…..when I wasn’t on the go!

So……my Fairy Village…….it is a horseshoe shape around the base of my weeping crab apple tree with special stepping stones as the border! There are fairies, gnomes, fairy houses, flowers, the Bird Buffet, and some really cool things I picked up at the Oz-Stravaganza Festival I attended in Chittenango, NY this past weekend!!! Some things were bought and some I made myself! I think it is a really nice little Village that I hope the fairies and gnomes enjoy! 🙂

I bought this stepping stone because it is an Abraham Lincoln quote and it reminds me of my recent trip to DC and visit to Ford’s Theater, where Lincoln was shot. 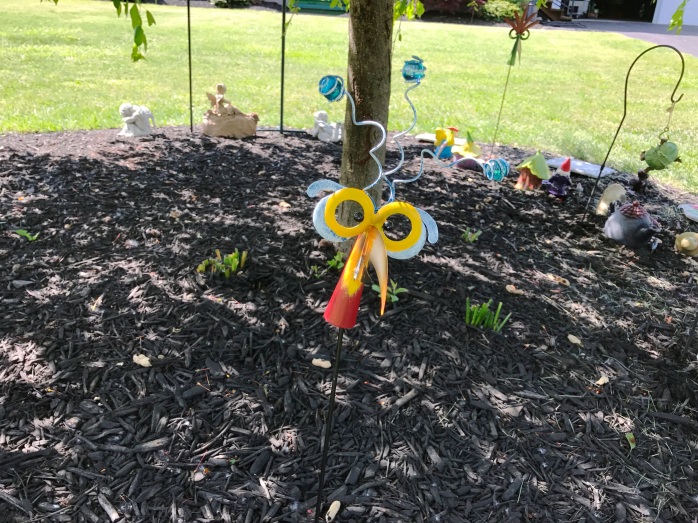 One of two Goofy Gus’s 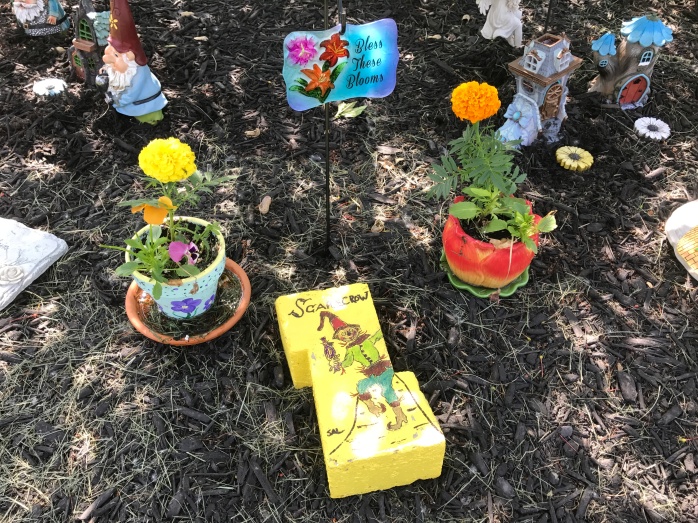 One of the special items I purchased at the Oz Festival in Chittenango!

This is one of the original Z-Bricks used to create the Yellow Brick sidewalks that go all along the main street through downtown Chittenango! When the state widened the street, they tore up the Yellow Brick sidewalks! 😦 The town salvaged the bricks and use them for various things – like these hand painted ones that are sold at the All Things Oz Museum – proceeds benefit the museum, which is totally run by volunteers and is really quite awesome. The Yellow Brick sidewalks were replaced, but they are now made out of stamped concrete to look like brick……still very cool, in deed, but these original Z-Bricks were really special! 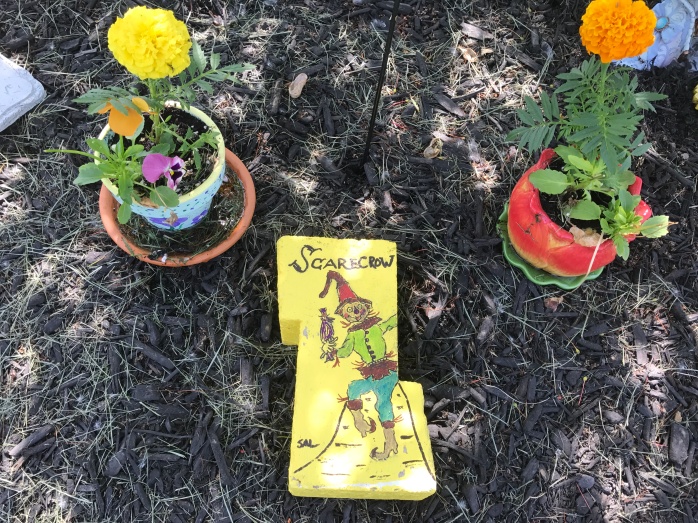 Also included in this photo are two planters — the one on the left is one I hand painted at a Paint Night at the Medina Library! 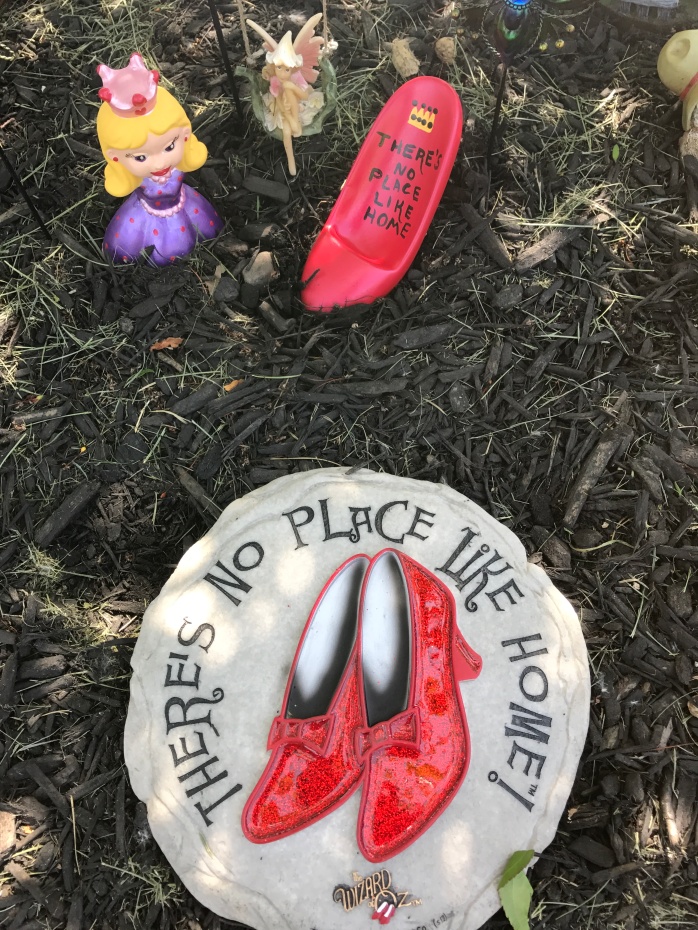 Also in this photo are two ceramic items that I painted while I was at the Oz Fest in a little shop in Chittenango – the Princess and the Ruby Slipper!

I made these at Brushstrokes Studios — the Cool Dude gnome, both the Fairy Houses, and the Blonde Fairy!

Another item I really love…..this is one of two I have on either side of the lighthouse in the center of my front island garden…..they were meant to go in the Fairy Village, but they were kind of “lost” under the tree cause they are tall and end just about at the branches…..so, I decided to put them here where they will get more sun and be more easily seen and enjoyed!