I may be late to the party, but I finally gave in and bought a Fitbit! Yeah, I know…..just another gadget to give me a false sense of accomplishment. Believe me…..the topic of getting one has come up many times and I know a ton of people who have them and swear by them, but I have resisted the temptation….until now! I’m a gadget addict and it was hard to resist, but I kept telling myself that it would just be a waste of money and isn’t a magic pathway to a healthy future, like all the advertisers would like us to think. But, I finally just decided that if it motivates me to just walk more, then it will be worth it. 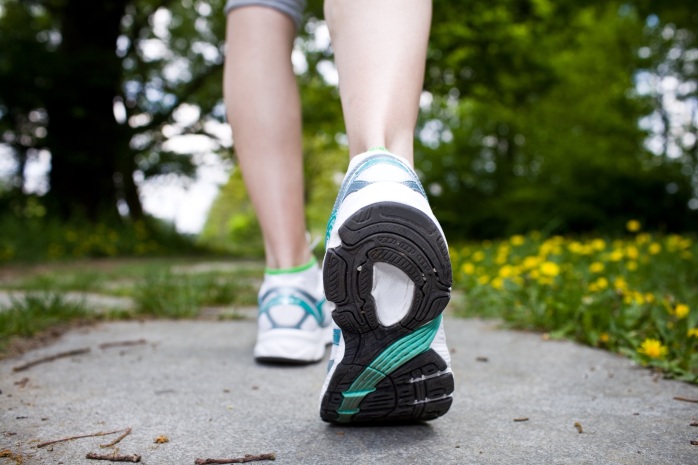 So, I have no grandiose delusions that it will return me to the pretty 95 pound teenager I once was…..nor do I have any desire to!!! Yes, I have gained a little (OK, a lot) of weight since my young adult years, but I’m OK with that. I have come to a point in my life where I can truthfully say I like myself and am comfortable in my own skin – all of it! I used to be very subconscious about myself – my weight, my height, my teeth, my smile, my hair…….and on and on! But, no more…..I am what I am and I’m the only one who has to be OK with that…..and I am! But……I also know that if I were to drop a few pounds, my health and my knees would thank me! So, I’ve been working on it……nothing too extreme – no set diet or anything – just watching what I eat and keeping an eye on the scales without depriving myself…..cause you know I like food…..and I’m stubborn and don’t like to be told I can’t have something I want – better to have a piece of pie now and then, than to let a craving grow until I eat the whole darned pie in one sitting (yes, I’ll admit to doing just that in my past)…..I just tell myself that if I have something I probably shouldn’t or a little more than I probably should, the next couple of days I’ll just have to be a little more mindful to balance it out! I’ve learned with many years of experience, my best chance at a long term success is to just go about my life, not make a big deal of it, and let what happens happen……I will no longer allow obsession or self-consciousness control me……..my motto has become: “Everything in moderation” – don’t deprive myself, but don’t overdo it…..and, if I do overdo, find a way to balance it out! And, I have actually dropped a nice chunk of weight already doing just that – no where near what I probably should drop, but doing it slowly and steadily – the healthy way! My problem is that I seem to have hit a wall……I’m not back peddling, but I’m not progressing anymore, either! So, I have decided to try to add more physical activity and see if that helps boost my progress. Case in point……when I’m on vacation, I tend to eat everything in sight, but still find I’ve lost weight when I get back home because I’m way more active!!! But, it is difficult because of my bad knee – I have to be careful – again, “Everything in moderation”!

So, to help motivate me, I gave in and bought a Fitbit Flex 2 to track my steps and a few other key points I should be monitoring. It came in yesterday’s mail…..and it has been interesting! To say the least! 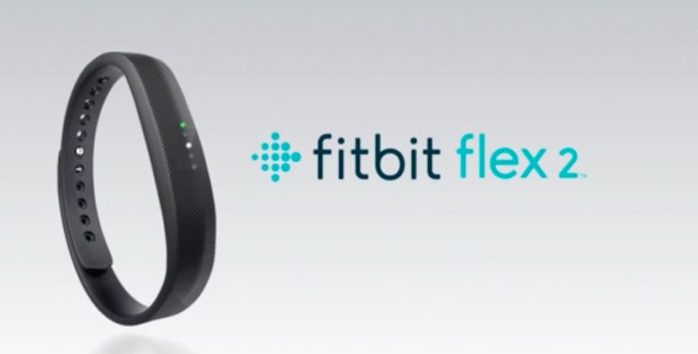 I took it out of the box, charged it, and proceeded to set it up on my iPhone and my computer. It was really quite easy to figure out and in no time at all, I had it on and it was tracking me! I know that they are motion based units, so I wanted to just see the first day or two how many steps it tracked without me doing any additional efforts. Well, I put it on and started tracking about 8:00…..by bedtime at 11:00, I had logged in almost 700 steps and I hadn’t done anything except watch some TV!!! Then, when I checked first thing this morning, I had logged in about 300 steps since midnight…..while I was asleep – the only thing I had done  in that time was get up a couple times to pee and came downstairs to let Megan out just before checking the log. So, I googled some questions and found that it can pick up on things like typing, rubbing Megan, tossing her toys to her, etc. – any wrist movement – as “steps”. OK…..good to know! So, I figured I would continue to just see what my average, not-so-active day is and then I’d have a baseline to increase from. But, today seemed to be ridiculous…..I was logging steps like I was walking the mall or something and all I did today was go out for breakfast, go to a hair appointment, did some computer work, and took a nap……mostly sitting…….and logged over 3000 “steps”!!! WHAT???? How am I going to know how I’m really doing if I am getting marathon results without moving!!!???

The next thing that happened was when I was sitting at the computer checking out my morning readings and the darned thing “buzzed” me! I jumped and thought, “what the heck was that”??? I thought a minute and remembered that it is set to remind me at 10 minutes to the hour on any hour that I wasn’t active enough to log in 250 steps minimum – motivation to get some steps in before the hour is up! Well, that is going to be irritating! LOL

It also measures my sleep……that could be interesting! Of course, it just measures movement, so it doesn’t differentiate between deep and light sleep, so it only registers that I am asleep – not whether or not it is a quality sleep! So, that said, last night it registered that I slept 6 hours and 23 minutes – that I fell asleep at 11:47 and woke up at 6:58 – correct! Cool! It also registered that in that time I woke up 6 times and was restless 18 times! WOW……no wonder I need naps during the day! hehehe

I also got frustrated because I put it on my right wrist cause I figured I shouldn’t put it on the same wrist as my watch and I don’t want to change my watch wrist! But, it seemed to be awkward on my right wrist – I reach for everything with my right hand and into the dish water and on and on…..all the reasons you don’t typically wear a watch on your dominant hand! So, I got on Google, again…..this time asked if it is OK to wear it along side of a watch. I found out quite a bit with those inquiries…….first, it doesn’t matter which wrist you wear it on or if you wear it with watches, bracelets, or whatever! It works the same, regardless! BUT…..and here’s the big thing! I did not realize that you need to tell it which wrist you’re wearing it on – your dominant or non-dominant wrist! That whichever it is set on determines the movement sensitivity of the unit! If you set it for your non-dominant wrist, it will be more sensitive to movement because you don’t do normal everyday things with that wrist…..and setting it for the dominant causes it to be less sensitive so that it doesn’t pick up on little movements and gestures! Hhhmmm…….I checked – it was set to the default “non-dominant” and I was wearing it on my dominant wrist, so it was working overtime and recording “steps” every time I scratched my nose, brushed my hair out of my face, reached for a pen, everything!!!

Lesson leaned…..I think I’ve got it figured out and am using it correctly, now, and won’t be alarmed every time I get “buzzed”……..I moved it to my left wrist and tomorrow I’ll start a clean baseline and go from there! That should also alter my sleep record cause some of those restless points may just have been hand movements – maybe jerking while dreaming or something! We’ll see…….

So…….that’s that……..it has been an interesting adjustment, but I do believe I’m going to like it!!! And, even if I never lose another pound, just getting more physical will be a positive movement toward a healthier me…….and, if I do lose a few more pounds, then YAY FOR ME! Whatever happens……I love life……and I love me……and, that’s all that matters!!! 😀

Category: All About Me, On My Soap Box, Ramblings, You've Got To Be Kidding Me!!!!