Photos of the Day – Feb 3rd

Hi-Dee-Ho! So…..today was a pretty full day and I didn’t get any photos of any kind……I gave the photo prompt (“Happy”) some thought and nothing materialized to meet it…….I gave up and figured I’d just skip today – after all, I’m not going to force a photo if I can’t find the inspiration and it looked like today was just a not the day for it!!! Then, I was catching up on some shows on the DVR and was watching last night’s Hell’s Kitchen when the season finale winner was announced and it hit me……the scene was the winner hugging her mother and her daughter with major joy and happiness and a banner popped up to show that her mother was saying “I’m so happy for you!”…….and BAM – that was it!!! I rewound it and got ready with the camera and got it! YAY……thanks to my DVR, I got today’s photo prompt just in the nick of time! hehehe Then, I had a renewed interest in getting BOTH photos of the day and Megan gave me my second inspiration when I was watching her make her nightly patrol around the fence line while out taking care of her business! 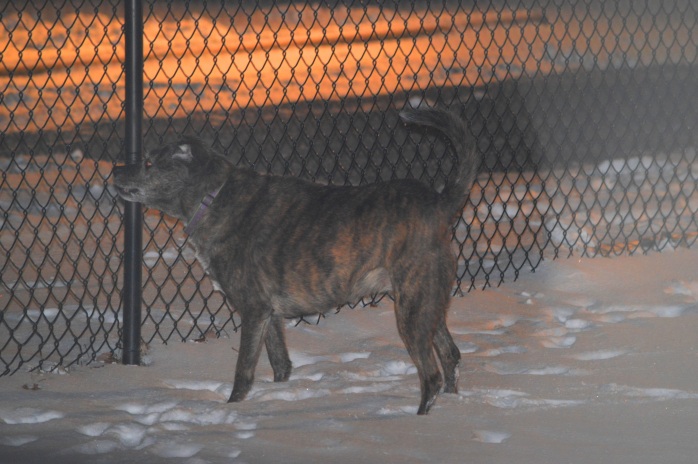 One Comment on “Photos of the Day – Feb 3rd”