Photos of the Day – January 30th

Here we are at the final two days of January…..and winter showed her face! I woke up to a blanket of snow on the ground! Luckily, it was light and fluffy – easy to shovel – and the sun was super bright this morning, so the one who put it there took most of it off the paved areas by the time I got out there to finish clearing it off the driveway and patios! YAY! And, the rest of it is nice and vivid white and so pretty! The birds were happy I had some treats out for them! 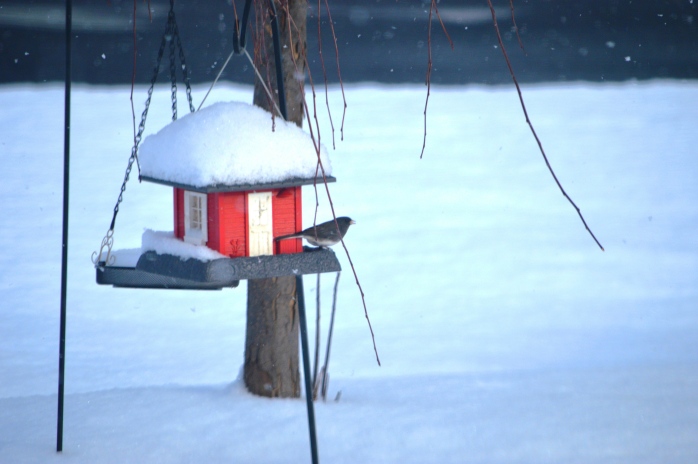 This is the photo I had HOPED to get for yesterday’s “Shadow” photo prompt, but the sun didn’t cooperate!!! So, when the sun was so strong, today, I got it!!! I always enjoy seeing the outline of my house on the snow…..the dormers look like towers coming out of the roof! 😀

February 2017’s Photo Prompts:  (no need to reference January’s any more…..tomorrow’s prompt will be “Something Colourful” (last January Prompt) and then on to the February list!