The Albion Lions and Elks Clubs joined forces to host the inaugural Albion Music Festival to benefit the “Rebuild Bullard Park” project. The festival consisted of a full day of music performed by nine local bands, food, drinks, and fun! The event was a huge success! I already wrote all the details in a blog post on the Albion High School Alumni Foundation Blog, so I won’t go into it all here…..simply click the link below to read the details and see more photos:

I wasn’t going to post on both blogs, but did want to put something on here for those readers who visit this blog, but may not know I also write for the Alumni blog – so go there for the whole story, but here are a few photos to wet your appetite:

Just three of the members of local favorites, The Who Dats – the guy on the right is John Borello, a friend and fellow classmate! The others are Aaron Robinson and Lonnie Froman! 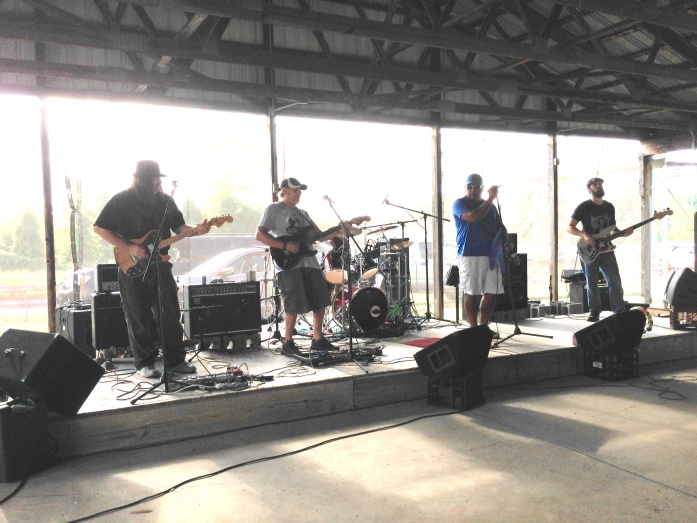 The Who Dats performing……..I’m a little biased here!!! hehehe 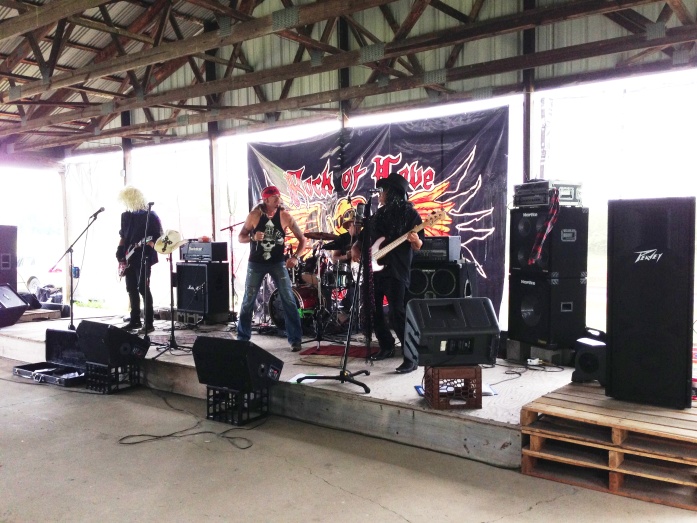 This is Rock of Love – a Poison tribute band

For those who may not know, Poison was a classic 80s rock band with front man, Bret Michaels. I’m not really a Poison fan, but these guys were pretty cool! 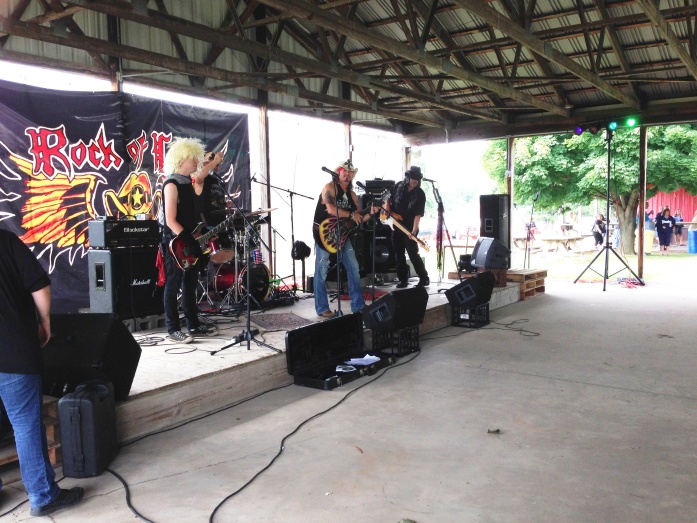 The young man on the left in the blonde wig is Dylan DeSmit, local musician with a very promising future in music!!!

Dylan’s band is called Delano Steele, which played earlier in the day, and he has played in other local bands, as well – he and his bands are very good!!! Here, he is playing with Rock of Love and doing a great job of channeling the 1980s hair band look!!! 🙂 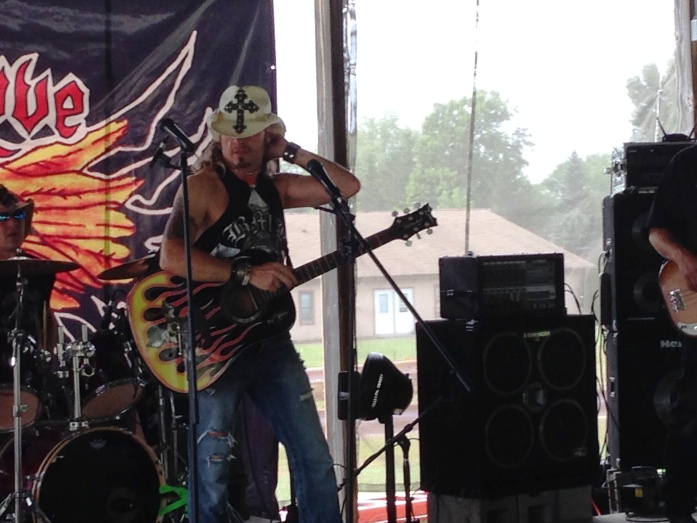 Probably as close as we’ll ever get to seeing Bret Michaels play at an outdoor festival here in little ole Albion!

The festival was a total blast!!! Be sure to click on the link to check out the details and additional photos on the AHS Alumni Foundation Blog!