Here it is……the last of the Most Excellent Adventure posts…..the one that focuses on all the cool stuff we saw along the way! Americana at its best! We saw so much at our stops, but sometimes, the things we saw in between were the real gems! So…..these are photos of just odd things that caught my eye – the usual, the unusual, the quirky, and the quaint! I apologize for the quality of the photos in this post…..most were taken out the window of the motor home as it was rolling along the various interstates at 70+ mph (depending on the state’s speed limit at the time). Unfortunately, many of the cool things I photographed aren’t included because the photo was so blurry it was unrecognizable or I thought I got it, but by the time I clicked the button it was too late! LOL AND….I’m not going to even try to remember where I saw some of the stuff (although, I do remember some cause it was more obvious)…..just know that it was somewhere along the way in one of the 21 states we passed through!

Anyway – here are some examples of great American roadside art!

Haven’t seen one of these in forever!!! There’s hope for Superman, afterall!

Oil rigs…..I do remember this was one of many we saw in Kansas!

A rainbow over a field of sugar cane…..in Louisiana…..guess I remember more than I thought! 🙂 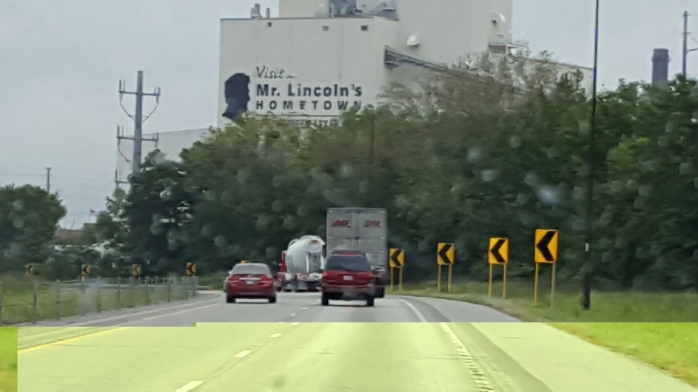 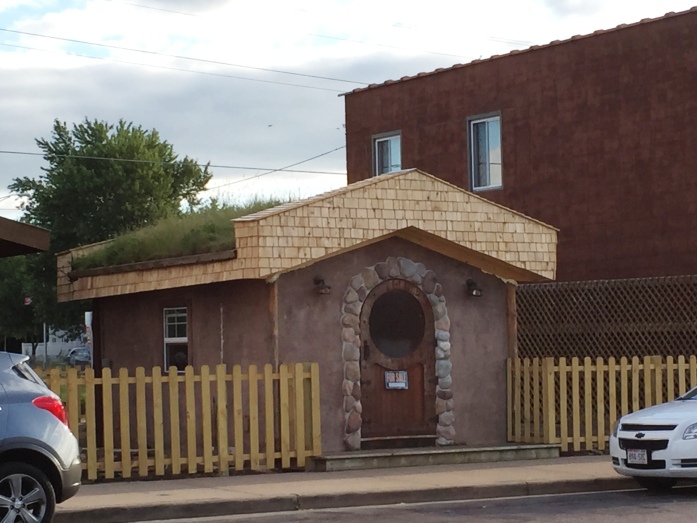 A Hobbit house in Wisconsin…..it is for sale!

This was cool — it is a mobile pizza truck that sells wood fired pizza out of an old fire truck! Apparently, they take them to parties and on location at events! 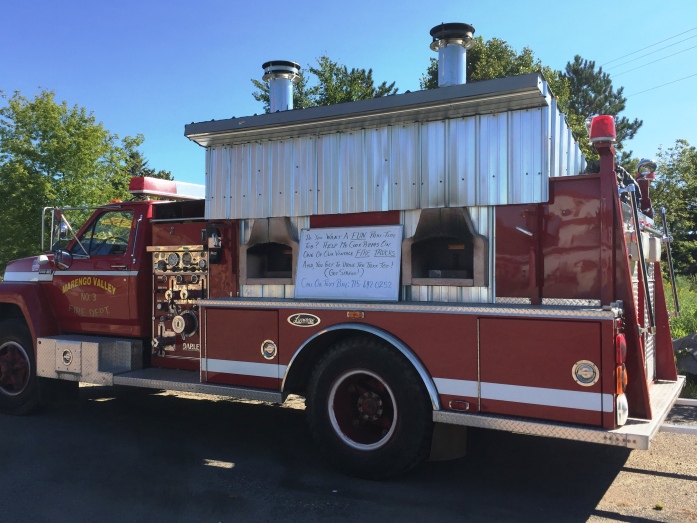 They have TWO…..and, they have job openings with getting to drive the truck (with sirens) as a perk! 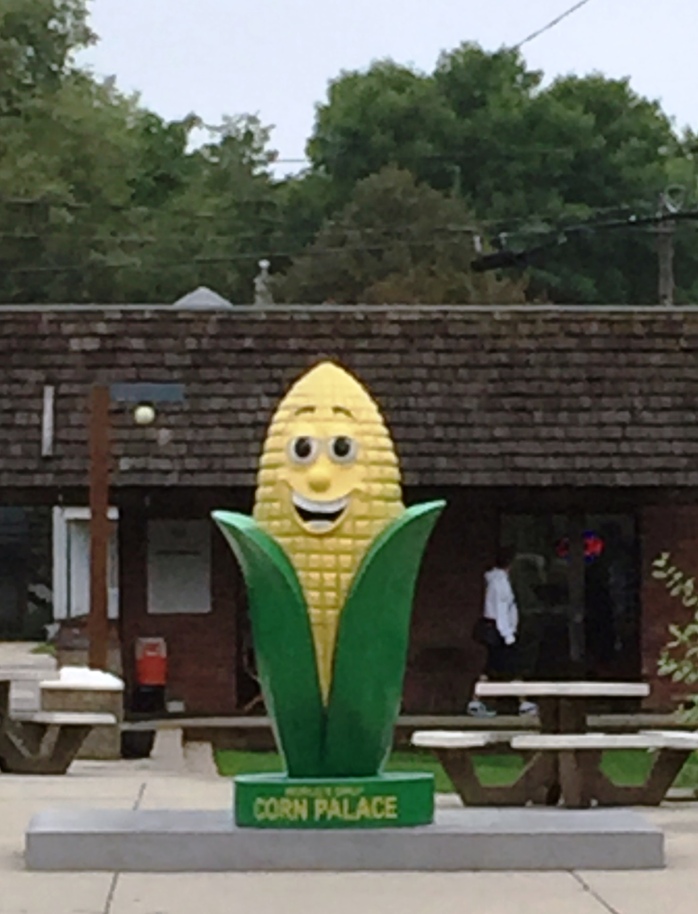 Corn is a friendly veggie! 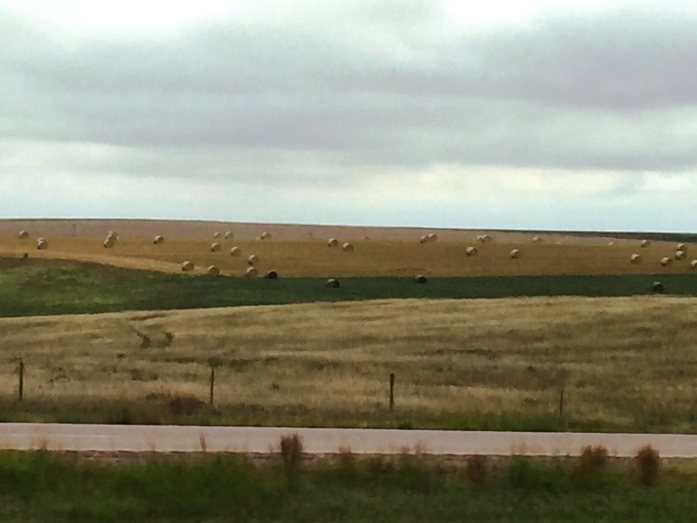 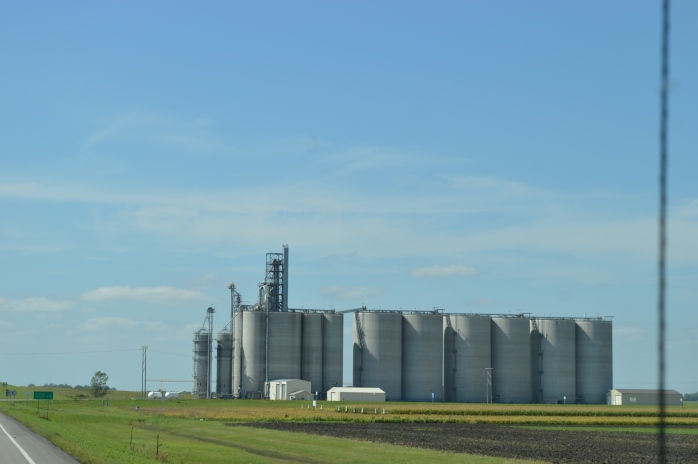 Gigantic dinosaurs seemed to be a theme…..

Some dinosaurs have been around longer than others…..love the skeleton walking him on a leash! hehehe 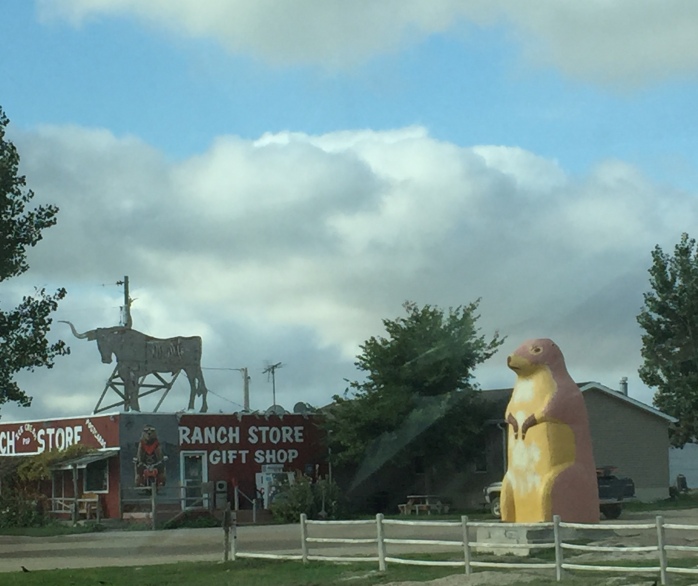 …..and other giant critters…. 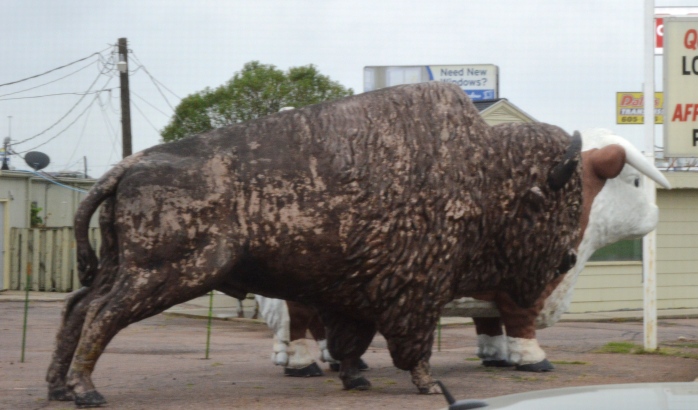 Critters are all that were gigantic…..check out this huge chess/checkers set!

Another cool roadside scupture…..I missed getting the robbers on horseback that were in hot pursuit behind them! 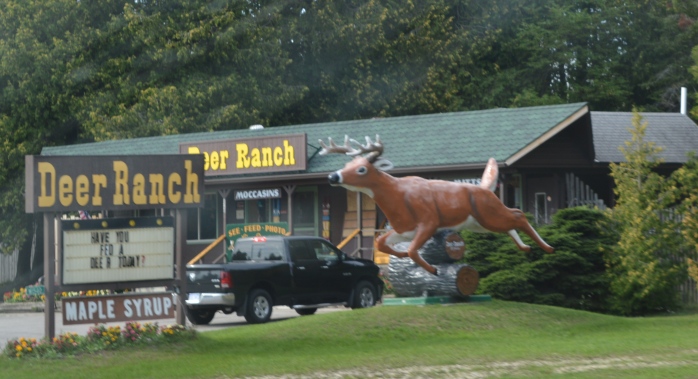 The sign says “Have you fed a deer today?”

This campground really wants you to drive slow! 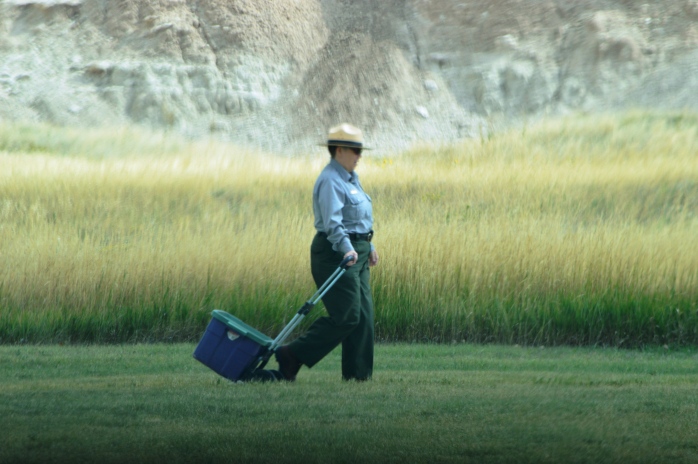 A park ranger with a cooler

Some farms weren’t as modern as others! 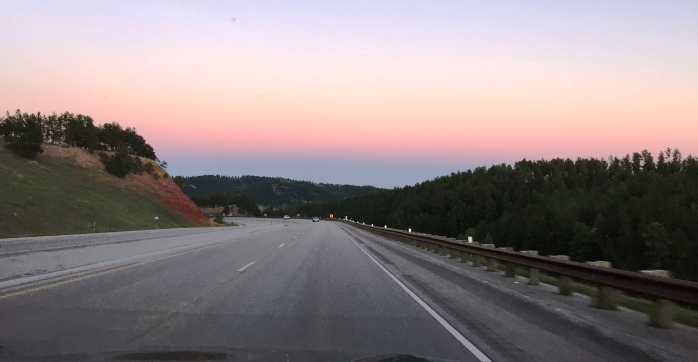 There were some amazing sunsets and sunrises!

I’ll leave you with this sign found at the exit to one of our campgrounds……good reminders!!!

I hope you enjoyed all the photos and antidotes from our Most Excellent Adventure!