I decided to try a new photo project this year. I am going to attempt to get one decent photo of interest a day – every day – throughout 2016. I don’t know how long it will last…..I may peter out after a while……I may miss a day here and there…….we’ll see how it goes! But, as for now, my goal is to give it a shot and see where it takes me!

Not sure, yet, if I’ll post the single photo every day or if I’ll save them up and post the week’s worth of photos at the end of each week. I’ll start by posting these and go from there!

I decided to do this last night – too late to get a photo that would be worth including in the project, so I was just going to start with one today. But…..when today’s subject caught my eye, I noticed there was a similar photo right near by. They went so well together that I decided to include TWO today to make up for yesterday. From now on, if I miss a day, I won’t make it up – a lost day is a lost photo opportunity – or maybe there just wasn’t anything worth including that day!

Here are the first two for January 2016: 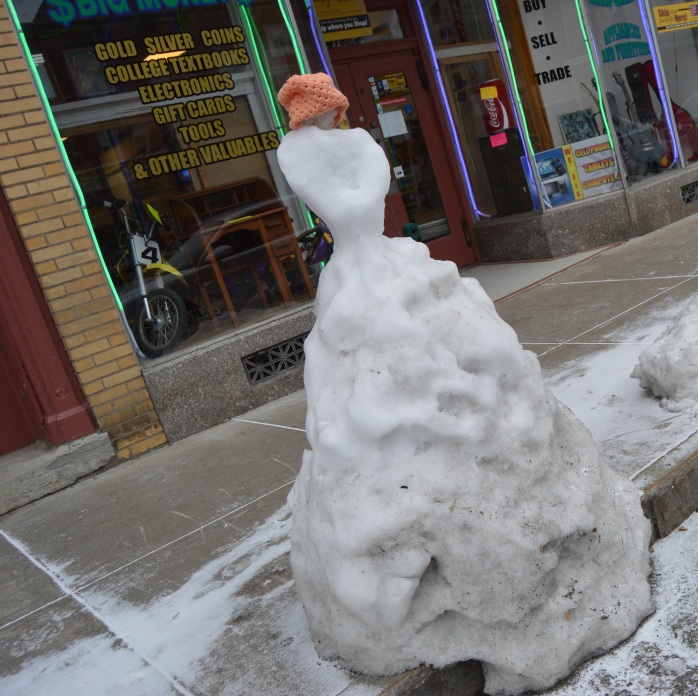 Found on Bank Street in Albion – a guy who was entering one of the store fronts said “it had a better head”.

I photographed this in a Christmas window night scene and loved it, so I shot it again today to play off the other photo.

Located in the window of Flying Needle & Thread on Bank Street in Albion – just a few feet down from the photo of the snow bride!